A stellar line-up for the 2016 World Tennis Challenge 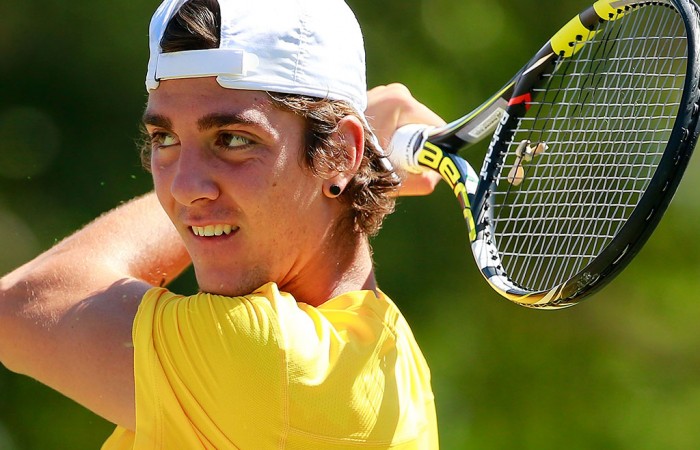 Nine great players, eight of them former top 10 ranked and six of them Grand Slam champions with a combined 26 major and 233 ATP/WTA titles – the 2016 World Tennis Challenge line-up is not to be missed.

Tournament Director Mark Woodforde today announced the players who will be travelling to Adelaide for the three-day exhibition event from 12-14 January at Memorial Drive Tennis Centre.

“We have an exceptionally strong line-up of great players for 2016,” Mr Woodforde said.

“We’re excited that current world No.14 Marin Cilic has agreed to play at the event after his shoulder injury saw him withdraw from the entire Australian Open season last year, and the return of female players to the event is fantastic. All three women are Grand Slam winners, including 2013 Wimbledon champion Marion Bartoli.

“We’re also looking forward to welcoming to Adelaide for the first time a lady who dominated the courts through the early 1990s and won 14 Grand Slam titles along the way, Arantxa Sanchez- Vicario.

“Finally, I’m thrilled to announce Thanasi Kokkinakis will include Adelaide as part of his Australian Open 2016 preparation. Thanasi is undoubtedly one of the hottest players on the international circuit. His talent is immensely respected by his peers and he is a huge crowd favourite thanks to his dynamic on-court playing style. I have no doubt South Australians will welcome Thanasi with open arms and look forward to seeing him take to the court in his home town.”

The 2016 World Tennis Challenge players are, in alphabetical order:

Marion Bartoli (FRA)
The former world No.7, 2013 Wimbledon champion and 2011 French Open runner-up was noted for her two-handed forehand and backhand. Her Wimbledon victory made her only the sixth player in the Open era to win the Championships without dropping a single set.

Marin Cilic (CRO)
After a shoulder injury ended his 2015 WTC and Australian Open hopes, the 2014 US Open winner and 2015 US Open semi-finalist will visit Adelaide in January.

Goran Ivanisevic (CRO)
Current coach of Marin Cilic, former world No.2 Goran Ivanisevic is a legend of the game. After his WTC debut in 2015, the 2001 Wimbledon champion – the only person to ever win off a wildcard entry – will return for 2016 much to the delight of those who witnessed his great personality and on-court talent last year.

 Thanasi Kokkinakis (AUS)
The hometown hero has had a sensational couple of years on the international circuit and became the third teen to crack the top 100 – he is currently ranked No.73. In the past year, Kokkinakis defeated French sensation Jeremy Chardy at Queen’s and saved three match points against Bernard Tomic to progress to the third round of the French Open. The Thanasi Kokkinakis story has just begun.

Iva Majoli (CRO)
After turning professional in 1991 at the age of 14, Iva Majoli stunned a 16-year-old Martina Hingis at the 1997 French Open to take the Championship in straight sets. Majoli hit a career-high ranking of world No.4 in 1996 at age 18.

Mark Philippoussis (AUS)
‘Scud’ returns for his second WTC appearance, having also graced the Memorial Drive courts in the event’s debut year in 2009. The former world No.8, 1998 US Open and 2003 Wimbledon finalist is revered by the Australian public for his wins in the deciding rubbers that handed Australia Davis Cup victories in 1999 and 2003.

Arantxa Sanchez-Vicario (ESP)
The former world No.1 is one of the greatest female players of all time. Winner of 14 Grand Slam titles – comprising four singles, six doubles and four mixed doubles titles – she also holds the record for the most matches won in Fed Cup competition and is the only tennis player to have competed in five Olympics.

Fernando Verdasco (ESP)
After picking up a racquet at just four years of age, Fernando Verdasco reached a career-high world No.7 in 2009 and has won 13 ATP titles. He was a member of Spain’s winning Davis Cup team in 2008, 2009 and 2011, winning the deciding match for his team in the first two years. Verdasco is currently ranked No.41.

Mats Wilander (SWE)
Wilander is always a crowd favourite at the WTC. The former world No.1 holds an impressive eight Grand Slam titles: three French, one US, three Australian and a Wimbledon doubles title.

The 2016 World Tennis Challenge will, for the second time in its eight-year history, be part of Tennis Australia’s Emirates Australian Open Series, which delivers the event a host of up-front and behind-the-scenes benefits.

“Tennis Australia’s support is invaluable; the shared resources and experience will enable us to present a bigger and better event in 2016,” said Chief Executive Officer and World Tennis Challenge Event Director, Steven Baldas.

“We have a fantastic line-up of players, a new broadcast team and a host of administrative and operational opportunities available from Tennis Australia that will continue to enable us to take the World Tennis Challenge to new heights.”

 “The State Government has supported the World Tennis Challenge since it began in 2009,” Minister Bettison said.

“Not only does the event bring thousands of visitors to the city, it also injects more than $4 million into the visitor economy each year.

“I encourage both locals and visitors to come along and be entertained by some of the biggest names in world tennis, including South Australia’s very own Thanasi Kokkinakis.”

Tickets to the World Tennis Challenge are on sale now through Ticketek and start from just $10.