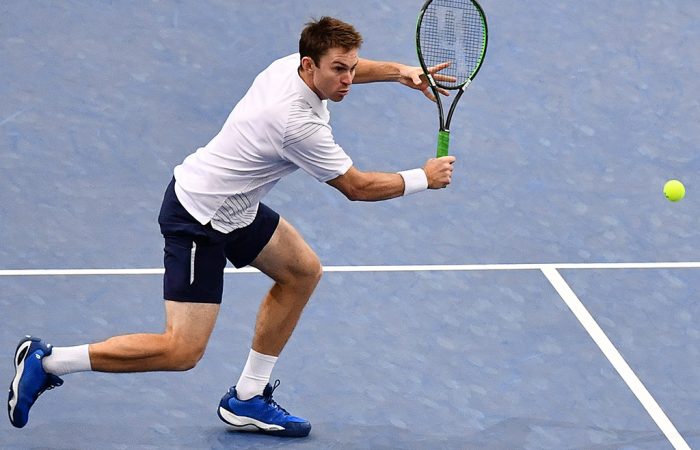 Twelve world-class players will star at this summer’s World Tennis Challenge across three teams from 10-12 January 2017 at Memorial Drive, Adelaide.

World No.31 Sam Querrey and former world No.17 and two-time Australian Open men’s doubles champion Fabrice Santoro are set to join one of the most successful doubles pairings in history, Bob and Mike Bryan, for Team Red.

Canada’s Daniel Nestor and France’s Edouard Roger-Vasselin will pair up to join top 10 player Tomas Berdych and Croatian Grand Slam champion Goran Ivanisevic for Team Blue to round out the field.

The three teams have been named after South Australia’s state colours.

Teams will rotate across the three nights with play set to kick start with men’s doubles before men’s singles and men’s legends matches.

Peers, who earlier this month became the first Australian champion at the ATP World Tour Finals since Lleyton Hewitt in 2002, is excited to be heading to Adelaide.

“Tournaments like these are always a great time. It’s good to see the fans come out to see their favourite players and enjoy some entertaining tennis,” said Peers, the world No.9 doubles player.

“It’s a good opportunity for players to have some fun as well prior to the Australian Open and see parts of Adelaide we wouldn’t see otherwise.

“The World Tennis Challenge is a nice way to mix it up during the busy summer of tennis and I can’t wait to play with Henri again in 2017.

“The Australian summers are awesome and it’ll be great to play some twilight matches with the sun setting in front of a great crowd.”

“We are pleased to confirm Sam Querrey, Fabrice Santoro and Mark Philippoussis will all be heading to Adelaide in 2017,” Hearne said.

“Joining these three will be the likes of Australia’s very own John Peers who has experienced great success over the last couple of months with his doubles partner Henri Kontinen.

“The World Tennis Challenge is set to be a fun couple of days and we look forward to the local fans coming out to support some of the world’s present and former tennis stars.”

For all ticket and tournament information please visit worldtennischallenge.com.