Needing one more win to qualify for the semifinals, Australia's Junior Davis Cup and Fed Cup teams fell in their final round-robin matches to miss out on progressing. 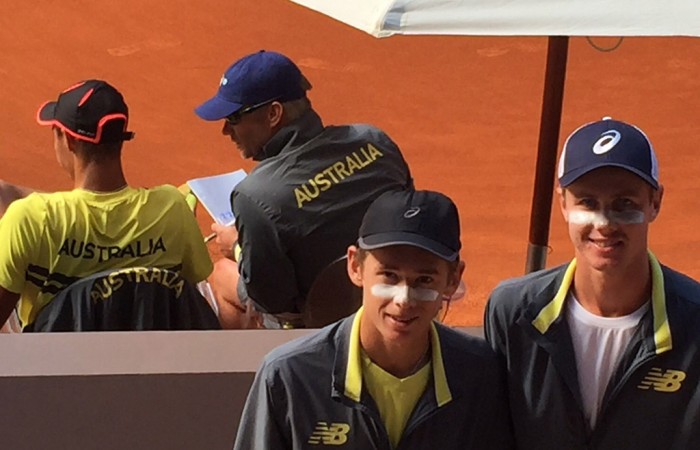 Australia’s Junior Davis Cup and Junior Fed Cup teams have been unable to qualify for the competition semifinals, going down in their final round-robin matches on Thursday in Madrid.

The Aussie boys lost 2-1, to Germany, finishing second in their pool.

Having lost both singles rubbers, the duo of Alex De Minaur and Blake Ellis restored some glory with a win in the doubles rubber.

But having sustained an injury to her thumb and wrist following a fall during her match, Fourlis was ruled out of the doubles.

Both teams will play off for fifth place on Friday; the boys take on the USA while the girls tackle Japan.