Lleyton Hewitt, Sam Groth, Thanasi Kokkinakis and Bernard Tomic make up the Australian team that will travel to Glasgow to take on Great Britain in the Davis Cup semifinals. 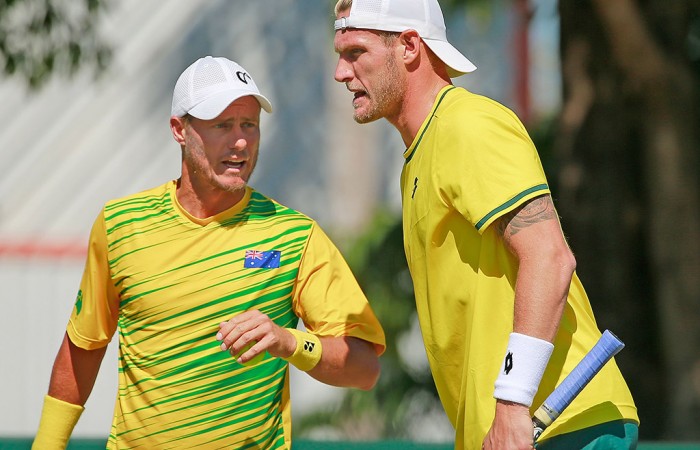 Australian captain Wally Masur has named a team he believes is capable of beating Great Britain in their Davis Cup semifinal at Emirates Arena in Glasgow next week (18-20 September).

“With Andy Murray leading an excellent squad who have shown they love playing for their country, Great Britain obviously go in as favourites on their home court,” Masur said today.

“But we are a proud Davis Cup nation and we love a good battle. We have had an amazing Davis Cup journey this year. The further we have gone, the more intense our drive to succeed. The importance of the occasion and the enormity of the challenge is incredibly motivating to our squad and, quite frankly, very exciting.”

Masur said his team was all in good form, good health and high spirits leading up to the first rubber on Friday week.

On the inclusion of Tomic, the Australian captain explained that there had been a lot of time and effort from many people to build bridges with the 22-year-old before he could even be considered for the team.

“The focus has been on helping Bernie understand the consequences of his actions and then assessing how serious he is about committing to a consistent effort to improve his behaviour.

“So far he has demonstrated a will to change and backed that up with his actions. But it is a long road and he is now very acutely aware of the consequences of any future transgressions. He has been selected with this understanding in mind and, it is fair to say, very little room for error in the future.”

Masur explained that the absence of Nick Kyrgios from the line-up was by mutual agreement so the talented Canberran can focus on his personal and professional development.

“After some good healthy discussion with Nick and his team we have agreed on a plan to help him develop all aspects of his game and ensure a long and successful future in the sport. Next week’s tie has come a bit too soon for him and is not in that plan.”

The Davis Cup captain added that Kyrgios remained fully supportive of his teammates and wished them well in Glasgow.

The Australian squad has been training indoors on hard court in New York this week and will head to London for a few days before arriving in Glasgow for the weekend.

The tie marks Australia’s first appearance in the Davis Cup semifinals since 2006. Australia is looking to advance to its first Davis Cup final since 2003.

Australia and Great Britain’s last Davis Cup meeting was also in 2003, when the Aussies were victorious in a World Group first-round tie on clay in Sydney.

Australia reached this year’s semifinals after the team posted a come-from-behind victory over Kazakhstan on a purpose-built grass court in Darwin in July.

The winner of this tie will play the winner of Belgium and Argentina in the 2015 Davis Cup by BNP Paribas final in late November.