Sam Stosur has advanced to the Citi Open semifinals over an injury-plagued Monica Niculescu, setting up a showdown with American Sloane Stephens. 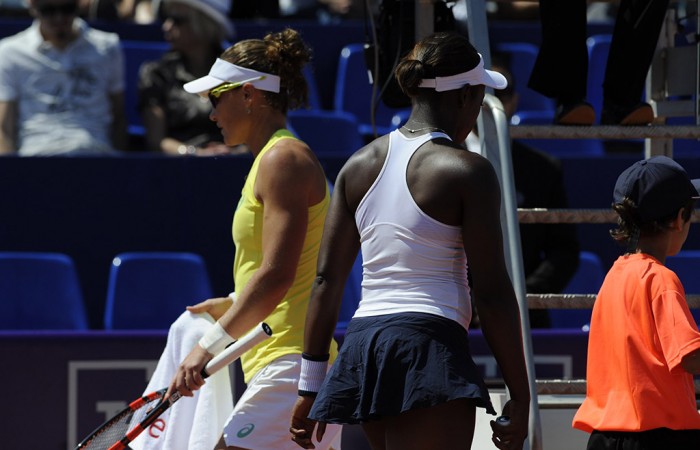 Australian second seed Sam Stosur has advanced to the semifinals of the Citi Open in Washington DC after opponent Monica Niculescu retired less than half an hour into their match.

The 2011 US Open champion was leading 4-0 in the first set when the Romanian abandoned the game with a left abdominal strain.

“It seemed like straight away, something wasn’t right with her,” said Stosur, adding that while she never wants to take advantage of an opponent’s injury, she was “not going to complain” about advancing with less than a half-hour of time on court.

Stosur will face Sloane Stephens for a berth in the women’s final; Stephens advanced with a 6-4 6-4 victory over 19-year-old wild-card entry Louisa Chirico.

Stosur leads the head-to-head between the pair 2-0, with her most recent victory over the American coming in three sets in the Strasbourg semifinals.

Across the country in California, Australia’s Ajla Tomljanovic was soundly beaten in the quarterfinals of the WTA’s Stanford Classic by Czech Karolina Pliskova.

Pliskova went through to the semis on Friday with a straightforward 6-2 6-4 victory, and will make her debut in the top 10 when the new rankings are released on Monday.

The loss ends a solid tournament for the rising 22-year-old Tomljanovic, who in the previous round beat No.7 seed Madison Keys.