Australian James Duckworth will be Kei Nishikori's first hardcourt test in Washington after coming through his opening round match in straight sets. 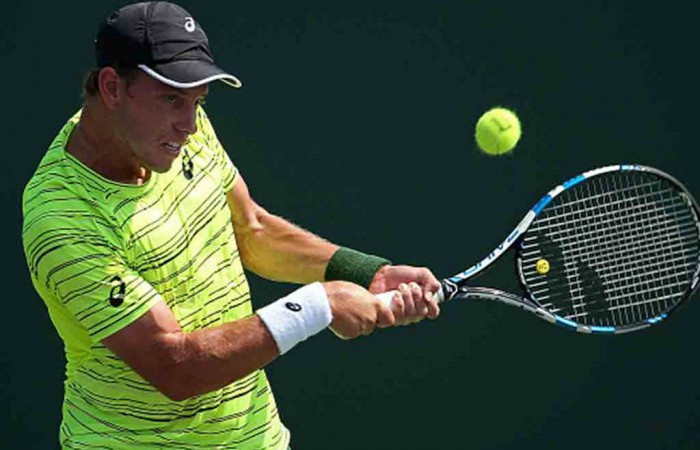 Australian James Duckworth will be Kei Nishikori’s first hardcourt test in Washington in a campaign the Japanese world No.5 hopes will lead to another long run at the US Open.

Young Sydneysider Duckworth accounted for American Ryan Harrison 6-1 7-6(4) at the ATP tournament in the American capital on Monday to book a second-round clash with Nishikori, who enjoyed a first-round bye.

There was another loss, however, for fellow Australian Marinko Matosevic, a 6-3 6-3 opening-round defeat to Belgian Ruben Bemelmans.

Nishikori last year became the first Asian man to reach a Grand Slam singles final when he met Marin Cilic in the decider at Flushing Meadows.

The 25-year-old says he feels stronger, smarter and more confident as he begins the quest to repeat the feat.

Four weeks out from the start of the US Open, Nishikori will get the first feel for his hardcourt form on Tuesday when he takes on Duckworth.

Aside from Duckworth, another three Australian men will be in action in Washington on Tuesday: compatriots Lleyton Hewitt will take on John-Patrick Smith while Sam Groth goes up against Brazilian Thomaz Bellucci.

In the women’s singles on Tuesday, No.2 seed Sam Stosur and the big-hitting Jarmila Gajdosova will fly the Aussie flag.