John-Patrick Smith's career-best ATP performance in Newport was rewarded with a new best ranking, while Lleyton Hewitt and Storm Sanders came charging back up the ladder. 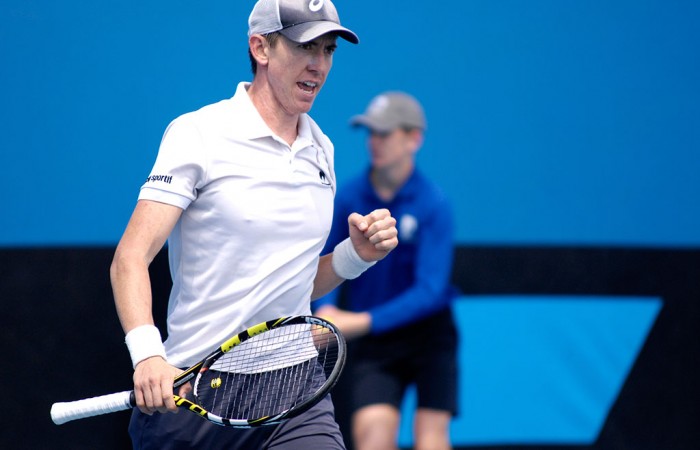 John-Patrick Smith’s semifinal finish at last week’s Hall of Fame Tennis Championships in Newport has pushed the Queenslander to a career-high ranking.

Ebden rose four places after qualifying for the ATP Newport event, while higher up, Groth rose the same amount of spots to world No.64 after his singles exploits in Davis Cup at the weekend..

The biggest beneficiary of Davis Cup points – which have been awarded since 2009 – was Lleyton Hewitt, who soared 53 places to No.226 after winning the live fifth rubber against Kazakhstan in Darwin.

Also making a notable move was Maverick Banes, who rose 21 spots to 406th after reaching the semifinals of the ITF Futures event in Amstelveen, Netherlands.

On the women’s side, Storm Sanders leapt 46 places to world No.405 after reaching the second round of the $50,000 ITF event in Stockton, California.

Having qualified for the main draw, Sanders ultimately won four straight matches before her run ended at the hands of Japan’s Mayo Hibi.

Jess Moore also reached the second round in Stockton, her reward being a rankings improvement of eight places to No.311.

Making her WTA rankings debut this week was Astra Sharma, whose recent successes at $10,000 ITF events in Egypt – a semifinal and a victory – saw her appear on the list at No.797.