Ebden knocked out of Newport

Sam Querrey pipped Matt Ebden in the first round of the Hall of Fame Championships to leave John-Patrick Smith as the last Aussie standing in Newport. 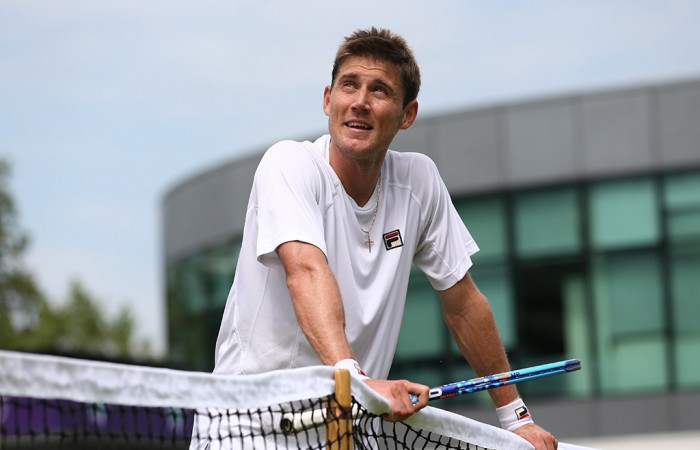 Australian Matthew Ebden has been beaten in the first round of the ATP Hall of Fame Championships in Rhode Island on the same day that top seed John Isner made a shock exit.

Ebden was edged out in two tie-breakers on the Newport grass courts by sixth-seeded American Sam Querrey 7-6(3) 7-6 (1) on Tuesday.

Two-time champion Isner, who eliminated Ebden from Wimbledon two weeks ago in round two, went down to 161st-ranked fellow American Rajeev Ram 6-7(5) 6-3 7-6(8).

Ebden’s compatriot John-Patrick Smith will contest his second round match against Jared Donaldson on Wednesday.

Isner, ranked 18th, was coming off a third-round Wimbledon exit at the hands of reigning US Open champion Marin Cilic after dropping the fifth set 12-10. He was seeking a third title at Newport and the 10th ATP crown of his career.

Isner blasted 21 aces with only a lone double fault but Ram fired 18 aces back and rallied after dropping the first-set tie-breaker, taking the only break of the second set and outlasting the top American after neither broke in the last.

Ram, whose only career ATP title came at Newport in 2009, advanced to a second-round matchup against Japan’s 144th-ranked Yuichi Sugita, a first-round Wimbledon loser who ousted American Ryan Harrison 6-1 5-7 6-3.

Next up for Sock will be Slovakia’s Lukas Lacko, who defeated Belgium’s Niels Desein 6-3 3-6 6-2. Querrey’s second-round foe will be German Dustin Brown, who beat Swiss Adrien Bossel 7-6(4) 6-3.