Many Aussies, including Lleyton Hewitt, are this week in action as a newly-extended grasscourt season gets underway in Europe. 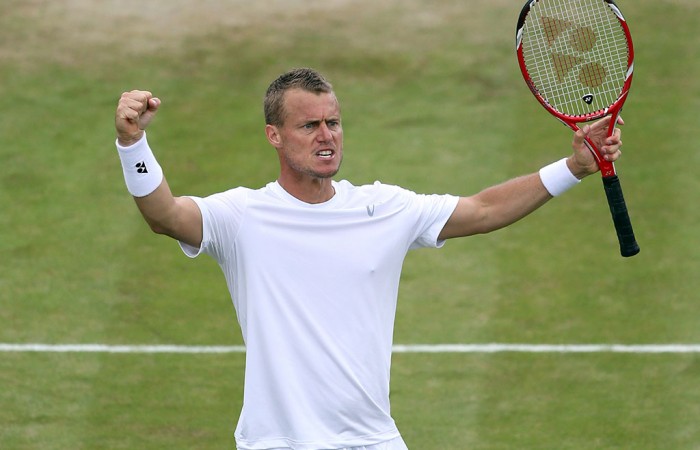 With the claycourt season wrapping up following the conclusion of an exciting French Open, the tours turn to the lawns.

And many Australians will be looking forward to the shift to the faster, slicker grass courts of Europe.

Lleyton Hewitt most certainly will be – the Aussie is back on his favourite surface and in action this week at the ATP Topshelf Open in ‘s-Hertogenbosch, where he will take on a qualifier in the opening round.

A win would see him move through to a second-round stoush with No.3 seed Roberto Bautista Agut.

Also in action in the Netherlands in Marinko Matosevic, who will look to snap a nine-match losing streak when he faces ninth seed Vasek Pospisil of Canada.

The tournament is headlined by world No.18 and second seed David Goffin, after top seed Jo-Wilfried Tsonga withdrew.

Across in Stuttgart, which in 2015 will be contested on grass after years as a claycourt event, Bernard Tomic and Sam Groth will fly the Aussie flag.

Tomic is seeded fifth and will take on Jan-Lennard Struff in his first-round match; he is projected to meet No.1 seed Rafael Nadal in the quarterfinals.

Groth, fresh off his grasscourt title at the ATP Challenger event in Manchester, will kick off his campaign against Ukrainian Sergiy Stakhovsky.

Meanwhile, in Nottingham, Aussie women Casey Dellacqua and Ajla Tomljanovic line up as seeds at the WTA International event.

Tomljanovic is seeded to meet No.1 seed Agnieszka Radwanska in the quarters, while Dellacqua faces a projected quarterfinal against second seed Zarina Diyas.

Jarmila Gajdosova joined her compatriots in the main draw via qualifying, winning three matches in straight sets – the last was a 6-0 6-4 thumping of Michelle Larcher de Brito for a place in the main event.

She will face American Christina McHale first up.