Ajla Tomljanovic credits the "upper class" clay at Roland Garros for bringing out the best in her tennis after beating fellow Aussie Casey Dellacqua in the opening round of the French Open. 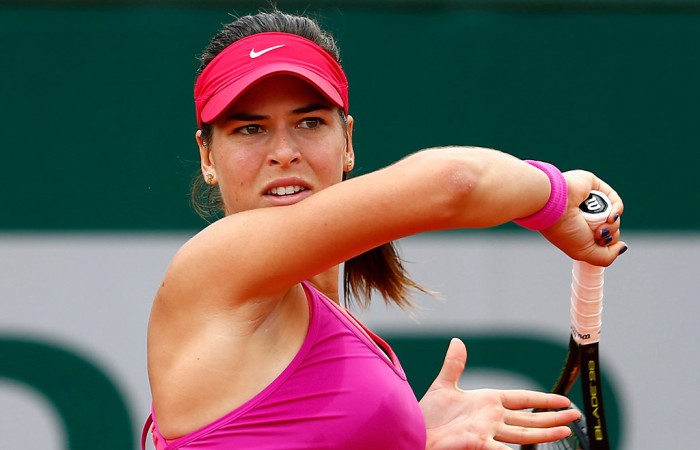 Ajla Tomljanovic credits the “upper class” clay at Roland Garros for bringing out the best in her tennis.

The Croatian-born talent was the first Australian winner at the 2015 French Open after storming past compatriot Casey Dellacqua 6-2 6-2 in just 62 minutes.

For Tomljanovic, it was in Paris last year where she emerged as a Grand Slam force, upsetting former world No.2 Agnieszka Radwanska en route to the round of 16, and now she’s hoping to make another run.

“It’s funny because last year was obviously my best result in a slam but before that I’d never won a match here,” she said after booking a showdown on Wednesday with German 11th seed Angelique Kerber.

“I think it’s just the clay here. There’s something special about it. I would say Madrid is maybe the most similar to here but this is a little upper class, I’d say. The dust is beautiful.

“Casey’s a very tricky player and we’ve had some tough matches in the past so I was ready to battle today,” Tomljanovic said.

“Even if the scoreline says it was easy, it really didn’t go that way. I had to stay focused from the beginning and I’m very happy with this and the way I performed today.”

Ranked 58th in the world, Tomljanovic is coached in tandem by Sam Stosur’s mentor David Taylor.

After dropping out of the world’s top 20 for the first time in five years, Stosur only turned back to Taylor last month following unsuccessful unions with Andy Murray’s former coach Miles Maclagan and Nick Kyrgios’s ex-mentor Simon Rea.

But the former US Open champion sounded out Tomljanovic for approval first.

The two clashed in Strasbourg last week, with Stosur edging Tomljanovic in three sets in the quarterfinals before taking out the title.

Tomljanovic, though, sees only positives in the unique arrangement.

“I’ve obviously never done that before so, for me, I was always curious to see how that works,” the 22-year-old said of the coaching double act.

“Sam’s a great girl. I thought I could learn a lot from her, seeing what she does and I could benefit a lot from practising with her.

“I think we’re both mature enough – she’s probably more mature than me – but it’s going well and if we can both benefit from that it will be good for Aussie tennis.”