Nick Kyrgios hailed Australia's "unbelievable" start to the French Open after leading six through to the second round at Roland Garros. 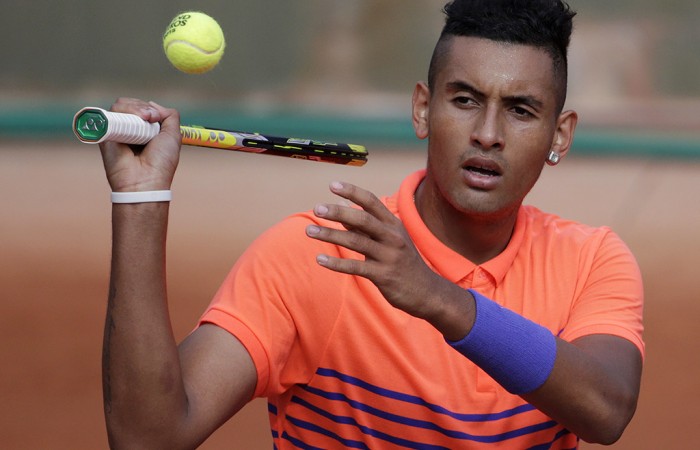 Nick Kyrgios hailed Australia’s “unbelievable” start to the French Open after leading six through to the second round at Roland Garros.

“I am really, really happy with Thanasi getting through. Bernard surprised me a little bit today. He fought really well and Dasha (Gavrilova) has been playing some really good tennis, and Sam as well.

“All in all, it was a pretty good day for the Aussies.”

A quarterfinalist at Wimbledon and the Australian Open in the past 10 months, Kyrgios next faces British qualifier Kyle Edmund and has a golden opportunity to book a third-round blockbuster with Andy Murray.

“I’ve tried not to think about it, but it is hard not to,” Kyrgios said.

“On social media, I see it every day – Kyrgios v Murray, third round – and I hadn’t even won a round yet. So I have probably thought about it.”

Casey Dellacqua, Jarmila Gajdosova, Sam Groth and Marinko Matosevic all fell on Day 2, but James Duckworth will be looking to continue Australia’s flying start when he plays Italian qualifier Andrea Arnaboldi on Tuesday.