In a match between players sharing a coach, Sam Stosur overcame Ajla Tomljanovic in three thrilling sets in the Internationaux de Strasbourg quarterfinals on Thursday. 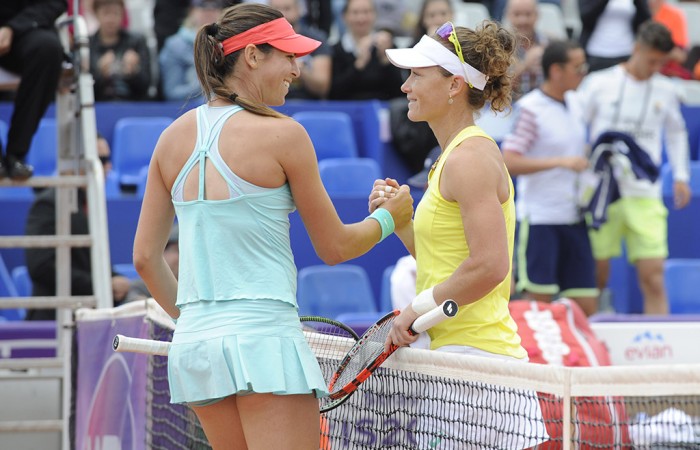 Sam Stosur has overcome compatriot and fellow David Taylor charge Ajla Tomljanovic in a thrilling quarterfinal at the Internationaux de Strasbourg on Thurday.

After more than two hours of battle, Stosur overcame Tomljanovic 6-4 3-6 6-4 to advance to the final four at the WTA International-level claycourt event.

It was the first meeting between the two players, who are both working in a joint coaching arrangement with Taylor.

Despite Stosur being renowned for her serve, it was the Croatian-born Tomljanovic leading the way with her delivery, smacking 14 aces throughout the contest.

But it was unable to help her hold in the crucial final stages of the final set; with games going on serve throughout, Stosur bucked the trend in the 10th game, breaking serve to seal the win .

Stosur will next face former world No.11 Sloane Stephens, who advanced after No.2 seed Jelena Jankovic retired when trailing by a set.