Nick Kyrgios' French Open preparations are progressing well in Nice, but No.1 Australian Bernard Tomic was forced to withdraw through illness. 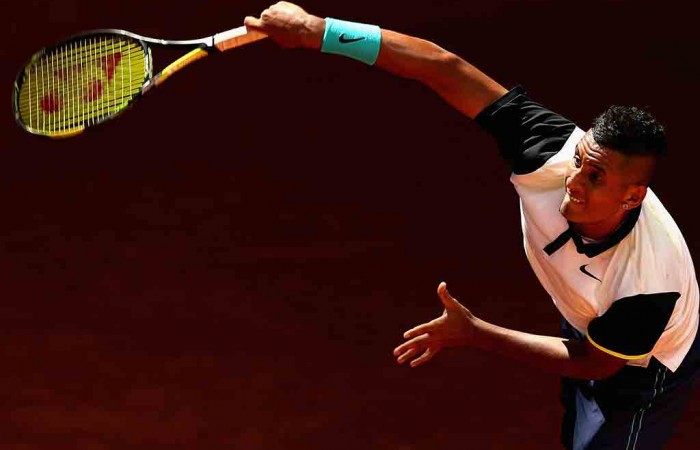 With his big serve firing, sixth seed Nick Kyrgios enjoyed a 7-6 (5) 6-2 first round win over Russian Mikhail Kukushkin at the Open de nice in France.

The 20-year-old, who is among the outsiders at the French Open after making the final at the Estoril Open and beating Roger Federer in Madrid, lost only two points on his serve in the second set and converted three of his five break chances.

The 30th-ranked Australian will next face Dominic Thiem.

The news was less positive for compatriot Bernard Tomic, with his French Open preparations taking a hit when a virus forced the Australian No.1 to retire.

Tomic withdrew after going down 6-2 in the first set to world No.269 Gianni Mina.

After a stellar start to the year in which Tomic slashed his ranking from No.71 in early January to his current No.28, the Queenslander has dropped off during Europe’s claycourt swing. He’s had just one win in five claycourt tournaments over the past five weeks.

With his flat groundstrokes, Tomic has typically found slower surfaces not to his liking.

If he is fit for the French Open, which begins on Sunday, he will however enjoy a seeding, protecting him from coming up against another seed in the first two rounds.