Several of Australia's top men will hit the clay in Europe this week as they fine-tune their games ahead of next month's French Open. 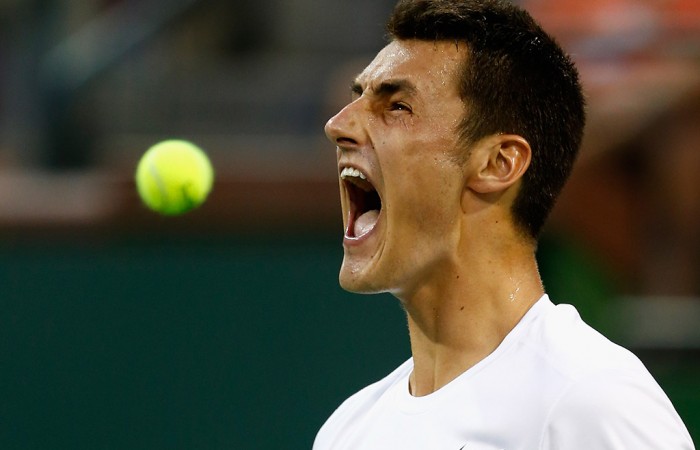 Several of Australia’s top men will hit the clay in Europe this week as they fine-tune their games ahead of next month’s French Open.

Aussie No.1 Bernard Tomic leads the way as the sixth seed in at the BMW Open in Munich, Germany.

In his opening match, the 22-year-old takes on Janko Tipsarevic, a wildcard into the event yet a player who has been ranked inside the world’s top 10.

Should the seedings hold, he would face No.3 seed Roberto Bautista Agut in the quarterfinals; his half of the draw is headed by top seed Andy Murray.

Over in Portugal, Nick Kyrgios is the No.7 seed at the ATP 250 event in Estoril.

He is joined in the main draw by compatriot Marinko Matosevic, who faces a tough first-round assignment in the form of No.5 seed Richard Gasquet.

Kyrgios battles Spaniard Albert Ramos Vinolas in his first match, with a projected quarterfinal looming against No.1 seed Feliciano Lopez.

In Turkey, Thanasi Kokkinakis is bidding to qualify for the main draw of the inaugural Istanbul Cup, a tournament headlined by world No.2 Roger Federer.

So far, Kokkinakis has come through two rounds of qualifying without dropping a set; standing between him and a main draw berth is Italian Lorenzo Giustino.

Another Aussie, John Millman, also attempted to qualify; he won his first-round match before falling to Russia’s Evgeny Donskoy in round two.

The only Aussie women in action this week is Olivia Rogowska.

The Victorian has won two matches in qualifying at the WTA event in Marrakech, Morocco; in the final round she’ll face Belgian Alison Van Uytvanck.