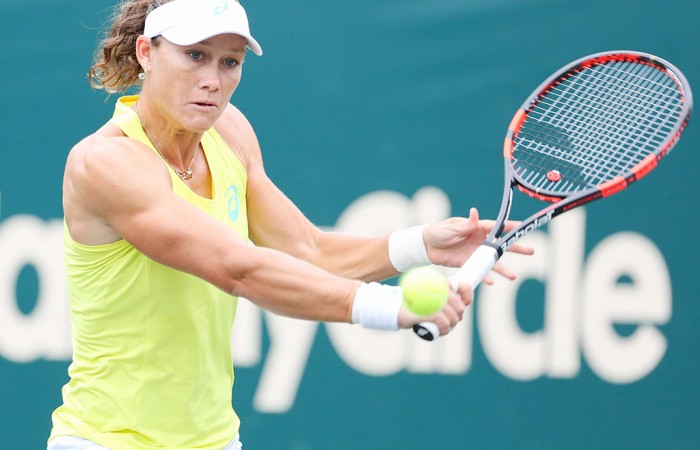 Sam Stosur has suffered an upset second-round loss to Lara Arruabarrena at the Family Circle Cup in Charleston.

The Queenslander has failed to win back-to-back matches in nine events so far in 2015.

Arruabarrena goes on to face fifth seed Angelique Kerber in the third round.

Stosur’s loss was one of a slew of upsets on Wednesday at the WTA Premier-level event; top seed Eugenie Bouchard, 12th seed Belinda Bencic and American hope Sloane Stephens all fell to blow the draw wide open.

After winning her second round match, No.2 seed Ekaterina Makarova then withdraw due to illness.