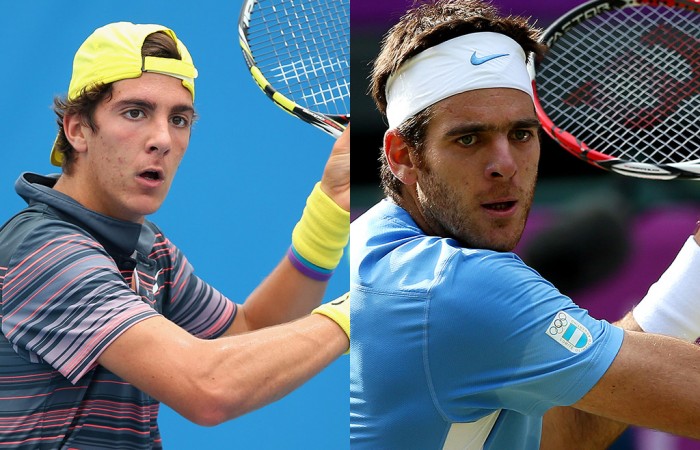 Sam Groth‘s rise into the world’s top 100 last year was one of the biggest stories in Australian tennis – and tennis as a whole – given the popular Victorian has just a few years earlier stepped away from the game. His tale of rededication to tennis has not gone unnoticed, with the world No.93 featured on the ATP World Tour’s “Uncovered” video series. In a compelling piece, Groth discusses the reasons behind his rise to the game’s upper echelons while several other big names within the Australian tennis fraternity give their views on this heart-warming success story.

Speaking of Groth, he’s in Houston this week and has kick-started his campaign off on a good note with a win in the first round. He was snapped with regular doubles partner Matt Reid at the tournament player party before his claycourt success – it was the first time he’d ever won an ATP-level match on the surface (photo credit Greg Sharko/ATP World Tour) 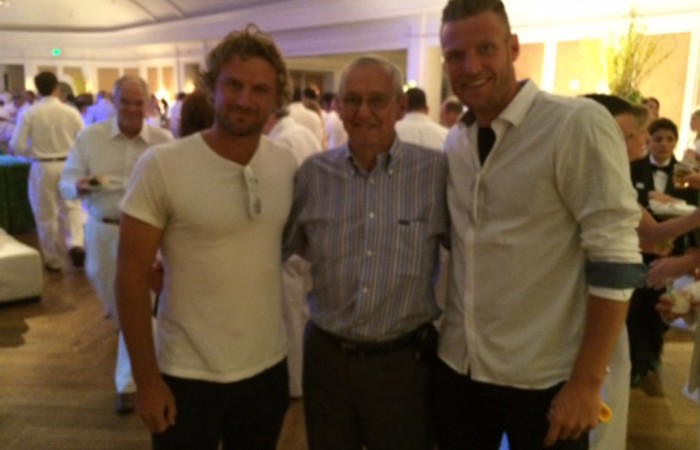 Meanwhile, another Aussie, Thanasi Kokkinakis, sparked the attention of a loyal reader of Jon Wertheim’s popular Sports Illustrated column “Tennis Mailbag”. Helen of Philadelphia, a regular reader of and contributor to the column, pointed out that Kokkinakis bears a strong resemblance to 2009 US Open champion Juan Martin del Potro. What do you think? Check out the Mailbag to find out more.

Kokkinakis’ good mate, Nick Kyrgios, has unfortunately been forced to delay his comeback to tennis due to a persistent foot injury. Kyrgios is entered into the ATP claycourt event in Estoril, Portugal later in April.

Unfortunately my foot is not ready & I will not be able to compete @ATPWorldTour masters in Monte Carlo. I'm working hard to be back soon!

Over in Charleston, Sam Stosur has made the startling revelation following her first-round win on Tuesday that at this time last year, she considered stepping away from the game. “A year ago I really was struggling. I wasn’t happy with the way I was playing. I wasn’t necessarily enjoying playing. And when you’re not getting the results that you necessarily want or believe that you know you’re capable of, it gets tiring to be out here all the time. And I certainly struggled with that for quite a few months last year,” she admitted. “(Yet) even though sometimes you’re out on court and you’re questioning whether you even want to be there, you get off and you step back and you actually think about it logically. You’re not on the court. You’re not under a stressful situation or anything like that, and you realize I do still love what I do and there’s nothing that I would rather be doing. I think that’s a big thing. Still believing that I can do good things in tennis and get some more good results … I think it’s important to always kind of reflect on the whole and not look at something (that) happened last week to determine what you’re going to do for your future.”

To finish, we look at the rise of James Duckworth, who has ascended 15 places in the rankings this week to become the fourth-ranked Aussie at world No.82. His latest jump comes after he reached the second round of the Miami Open as a qualifier before progressing to the semis of the ATP Challenger event in San Luis Potosi in Mexico. Since late February, the Sydneysider has now won 13 of his past 17 matches.