Biggest movers: Gavrilova on the march

Daria Gavrilova has soared more than 20 places in the latest rankings to continue her stunning recent climb up the WTA ladder. 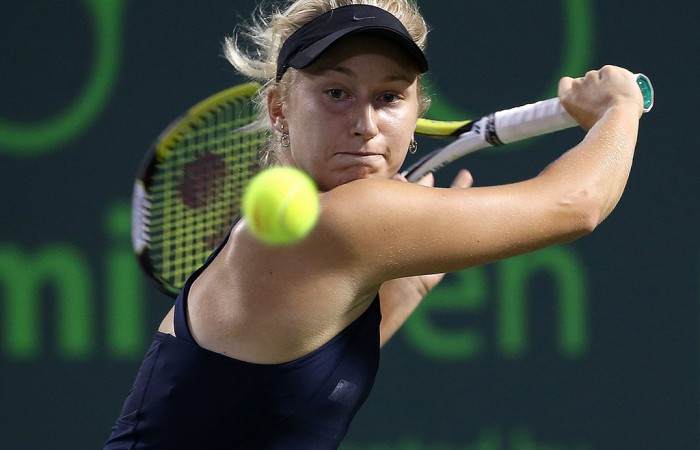 Daria Gavrilova has soared more than 20 places in the latest rankings to continue her stunning recent climb up the WTA ladder.

After beating Maria Sharapova in the second round of the Miami Open and progressing to the fourth round, Gavrilova leapt 21 spots to a career-high ranking of 76th.

Meanwhile, Priscilla Hon’s victory at the recent Mornington Peninsula Women’s International Pro Tour event has seen the 16-year-old vault 231 places to a career-best ranking of No.530.

Karolina Wlodarczak moved up 190 rungs to 748th after reaching the semifinals, while Alison Bai continued her rise, jumping 14 places to a career-high 381st thanks to her quarterfinal finish.

On the men’s side, James Duckworth has jumped 15 places to world No.82 after reaching the second round of the Miami Open as a qualifier. He then contested the San Luis Potosi ATP Challenger in Mexico and progressed to the semifinals.

He is the fourth-ranked Aussie behind Bernard Tomic (No.27), Nick Kyrgios (No.34) and Marinko Matosevic (No.78).

Tomic equalled his career-high ranking – previously reached in June 2012 – this week after reaching the third round in Miami.

Also inching higher in the rankings was John-Patrick Smith, who verges on the world’s top 150 after reaching the quarterfinals of the ATP Challenger event in Guadeloupe.

Now ranked a career-high 154th, Smith is the ninth-ranked Aussie.

Another impressive mover was 17-year-old Omar Jasika, who jumped 80 spots to 364th after reaching the quarterfinals of the same Challenger event; he has earlier qualified for the main draw, and also won a round of qualifying in Miami.

Meanwhile, Jordan Thompson rose 37 places to a career-high mark world No.206 after capturing the Australian Pro Tour title on clay at Melbourne Park.