Bernie's back to No.1, Kyrgios announces his claycourt plans and more senior gains for Omar Jasika - find out more in our quick hits. 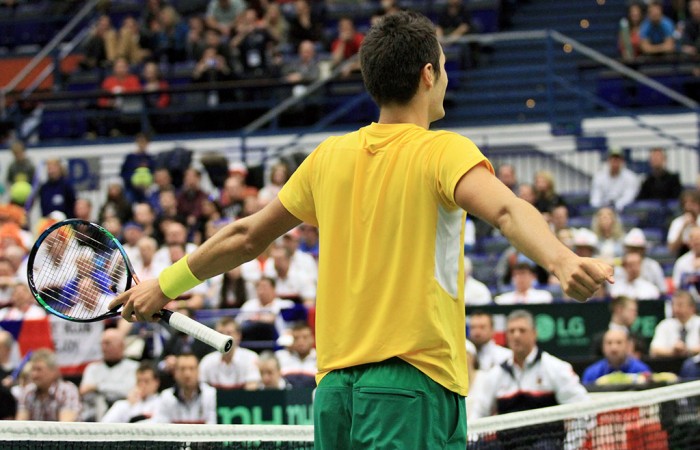 The Aussies have been making headlines around the world this week – here’s a round-up of some of the best in this edition of “quick hits”.

Bernard Tomic, on the back of his excellent performance for the green-and-gold in which he won both his singles rubbers to help Australia reach the Davis Cup quarterfinals, has reclaimed the No.1 Australian ranking. The Queenslander, who rose three places this week to 35th, leap-frogs young compatriot Nick Kyrgios, who fell one place to No.37. Tomic has enjoyed a stunning start to 2015, reaching five quarterfinals – and advancing to the semifinals in Delray Beach – and compiling a win-loss record of 16-6.

Kyrgios, meanwhile, announced that he would kick off his claycourt season with an appearance at the ATP event in Estoril. The teenager, who returns to tennis this week at Indian Wells after a six-week back injury absence, first made his mark on clay by winning his first ever Grand Slam main draw match at Roland Garros two years ago. “I’m looking forward to making my clay court debut this year @EstorilOpen thanks for the invite guys, I can’t wait!! #EstorilOpen15 #Clay,” he tweeted.

Another young gun, Omar Jasika, will look to continue his momentum in 2015 by accepting a wildcard into the qualifying draw of the Miami Open. The 17-year-old reigning US Open junior champion in singles and doubles has begun the season brightly, getting one match away from qualifying for the Australian Open, qualifying for the ATP Burnie Challenger and winning through to the final of the Pro Tour event in Adelaide. He recently cracked the world’s top 500.