Fed Cup captain Alicia Molik is confident experience can give Australia the edge needed to end a four-decade wait to win the prestigious women's team title. 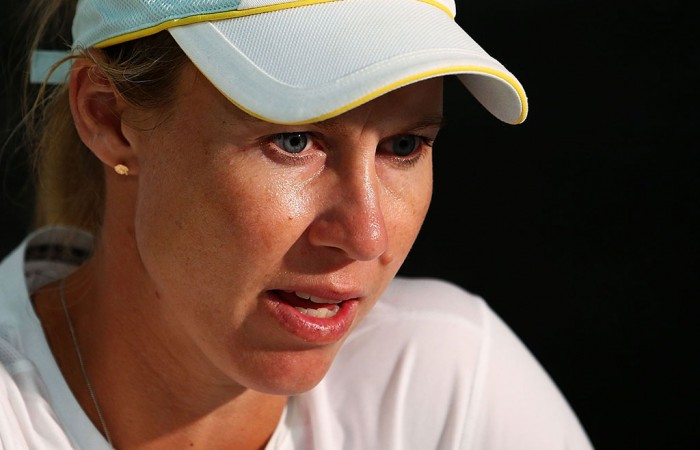 Fed Cup captain Alicia Molik is confident experience can give Australia the edge needed to end a four-decade wait to win the prestigious women’s team title.

Australia commence their 2015 World Group campaign in a first-round tie away to Germany in Stuttgart on Saturday in a rematch of last year’s semifinal, won by the European heavyweights in Brisbane.

Australia’s leading women have all come through some dark times in their careers, bouncing back from illness and injury setbacks, while Stosur has tasted the highs of Grand Slam glory.

Molik is confident it will all count for plenty as Australia chase an eighth Fed Cup title but first since 1974.

“I think our experience has to help us,” Molik told AAP.

“We’ve enjoyed some great form of late but we’ve got players who have been in so many tough situations in their career and also exciting situations. You can draw on so much of that.”

While 25th-ranked Stosur remains the team’s spearhead, Australia have been boosted by encouraging returns to singles form from Dellacqua and Gajdosova.

Both have made rankings gains of more than 100 places since the start of last year after Dellacqua battled injuries and Gajdosova a debilitating bout of mononucleosis.

“I think what I’m really enjoying about Jarka and Casey is just that they’ve got so much more self-confidence and self-belief now and that is translating to their tennis,” Molik said.

Molik’s team has spent the past week acclimatising to the dramatic shift from the Australian summer to minus temperatures in snow-swept Stuttgart.

They will take on a German team brimming with singles talent in world No.10 Angelique Kerber, Andrea Petkovic (No.12), Sabine Lisicki (No.28) and Australian Open surprise packet Julia Goerges (No.69).

But despite losing 3-1 to the eventual runners up in Brisbane last year, the underdogs are confident they can repeat a 2012 triumph on clay in Stuttgart which secured a return to the top tier.

“We can go out there and swing pretty freely,” Molik said.

“They’ll have the crowd support but gee whiz, there’ll be a lot of expectation on them too.

“I felt like we had a team last year to get to the final and push for winning the Fed Cup and I still feel like we’re in that position at the moment.”

The winner of the tie faces either Poland or Russia in the semifinals.