Samantha Stosur will lead the Australian Fed Cup team to take on Germany next month. 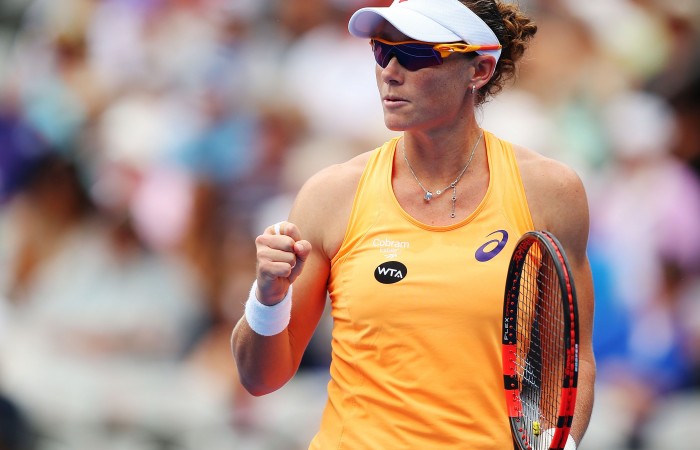 Samantha Stosur will lead the Australian Fed Cup team to take on Germany next month.

Australia’s top four ranked women all failed to progress past the second round of the Australian Open.

Seeds Stosur and Dellacqua both lost in the second round to lesser ranked opponents while Gajdosova was defeated by world No.3 Simona Halep at the same stage.

Rogowska lost her opening round match with American Nicole Gibbs.

The tie, on an indoor hard court at Stuttgart’s Porsche Arena, will be a taxing one for Australia.

In Angelique Kerber and Andrea Petkovic, Germany boasts two top-15 players, with world No.71 Julia Goerges is also an option after making the fourth round at the Australian Open.