Australian tennis fans may have been given a glimpse into the future at Melbourne Park on Wednesday, and the future does not look too bad at all. 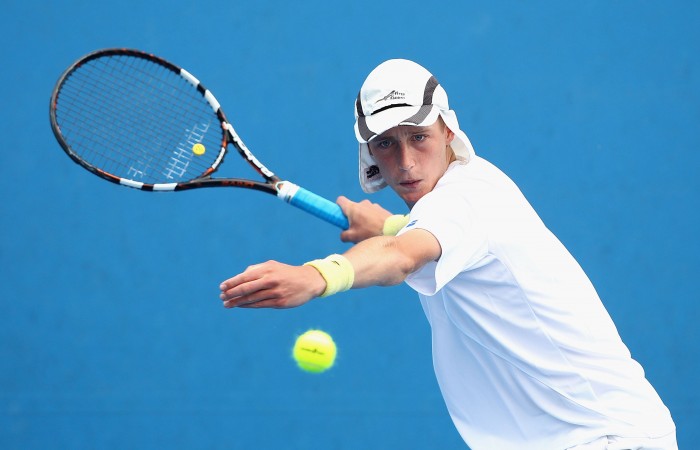 Australian tennis fans may have been given a glimpse into the future at Melbourne Park on Wednesday, and the future does not look too bad at all.

Six Australians managed to progress to the second round of qualifying for the 2015 Australian Open, three of those were just 18-years-old or younger.

Marc Polmans, Omar Jasika and Blake Mott all upset their more fancied rivals to move a step closer to a berth in the main draw.

For Polmans, the approach is simple; there is no pressure.

The 17-year-old defeated Spaniard Jordi Samper-Montana in straight sets 7-6 (7) 6-1, a result which almost surprised Polmans himself.

“It is a great feeling, I didn’t expect to really win today but, I just played the way I am supposed to,” he said after the match.

“I’m just happy to be playing qualifying and playing against these quality opponents. If I happen to win a couple of matches, then that is a bonus.

“I know there’s not much pressure on me, considering there is guys here that are much older than me.

“I am just here to soak up the experience, I am just getting used to playing guys who are in the top 200 or 300 in the world. Hopefully I can get there myself as soon as possible.”

After grinding out a tough first set tiebreak win, Polmans said the task of overhauling the world No.271 became a little easier.

“I felt like I relaxed a lot after the first set. Obviously it is a big advantage to go up one set to love and, once I relaxed a bit more, I could start serving a bit better and going for shots that I maybe didn’t go for in the tiebreak.

“As soon as I relaxed, I felt a lot more comfortable out there.”

Polmans was also full of praise for his fellow 17-year-old compatriot Omar Jasika.

“It is good to see another Aussie go through today like Omar, he is playing some good tennis.

“It is good to see him doing so well after winning the U.S Open (junior). It pushes other younger guys like myself to keep improving so maybe we can achieve what he has achieved.”

Polmans has no intentions of getting ahead of himself when it comes to future matches in the tournament and is keen to carry the same “no pressure” philosophy into his second round clash.

“I think I play the fourth seed, obviously he is a good player according to his ranking. I can go out there and just do the same, just play with no pressure on myself, keep trying to improve and just soak up the experience, that’s the main thing for me right now.”