Duckworth to face Federer in Brisbane

James Duckworth, Bernard Tomic and Sam Groth are all in action in the quarterfinals of the Brisbane International on Friday. 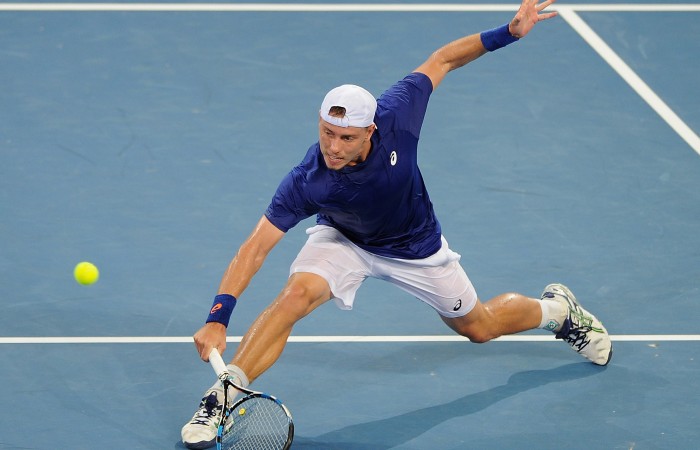 After overcoming a determined Australian underdog in the Brisbane International on Thursday, Roger Federer will have to repeat the dose in Friday’s quarterfinals.

The 17-time grand slam champion will return to Pat Rafter Arena less than 24 hours after his 4-6 6-4 6-3 second-round victory over wildcard John Millman to take on James Duckworth for a place in the semi-finals.

The match will be Duckworth’s first quarter-final in an ATP Tour event and is a repeat of his clash with Federer at last year’s Australian Open.

Having battled back from a set down to defeat Finland’s Jarkko Nieminen on Thursday, Duckworth was relishing the prospect of facing the Swiss great.

“Obviously he’s a great player, one of the best in history,” Duckworth said.

“I was struggling with a bit of an elbow injury then.”

Duckworth will be one of three Australians in action on Friday with big-hitting Sam Groth set for a shootout with Canadian fifth seed Milos Raonic and Bernard Tomic taking on world No.5 and second seed Kei Nishikori.

The other quarterfinal will be between rising Bulgarian star and fourth seed Grigor Dimitrov and surprise packet Martin Klizan from Slovakia.