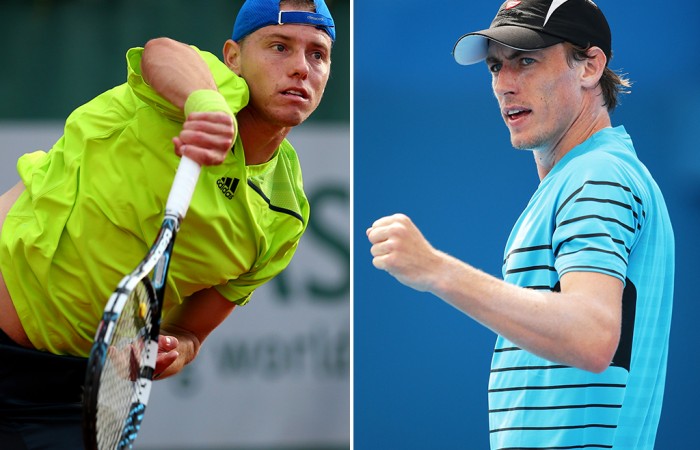 Millman will make a welcome return to Queensland Tennis Centre next week after missing his home tournament in 2014, when he was forced to watch from the sidelines as he recovered from shoulder surgery.

Since his return to the world circuit Millman has climbed his way back from a lowly world No.1193 in June to now sit at No.156. The 25-year-old Brisbane local ended his 2014 season in strong form, collecting ATP Challenger titles in Traralgon, Victoria and Yokohama, Japan to cap his tour comeback.

“I’m extremely excited to play the Brisbane International, which is a pretty special tournament to me being my home event. I’m very grateful for the opportunity I’ve been given and the faith that’s been shown in me after coming back from a pretty serious injury,” Millman said.

“Being the first tournament of the year it’s an exciting one, it’s a very competitive one and I think it’s probably the strongest field there’s ever been. I want to go in there and win matches, I’ve done it before in Brisbane and I plan to do it again.

“Some of my of fondest memories of life on tour are from Brisbane, I have such a loyal and large supporter base in Brisbane and it’s really special to showcase my skills in front of my fans, friends and family, which is something you don’t get to do when you travel the world for 10 months a year. It’s a pretty special place for me and hopefully I can create a few more good memories here in 2015.”

Duckworth, 22, collected ATP Challenger titles in Charlottesville, USA and Lexington, USA on tour last year before rounding out his season with a training stint in Brisbane.

“It’s really exciting to join the main draw in Brisbane, I’ve been training up here for the past six or seven weeks and getting used to the courts and conditions so I’m really looking forward to playing next week,” Duckworth said.

“It’s a really strong field with a lot of the top 20 players coming to compete and I’m just looking to play well. I feel like I’m not just here to make up the numbers but I can win some matches and hopefully progress deep into the tournament.”

The world No.81 will return to Queensland Tennis Centre on the back of his best ever season, which started with his run to the quarterfinals in Brisbane 12 months ago.

With 10 Australians now confirmed in the field, Brisbane International Tournament Director Cameron Pearson said he expected Aussie fans to be out in force next week.

“It’s fantastic to have John coming back to play in front of his home crowd, he loves this tournament and I know Queensland tennis fans love watching him play. Both John and James are in great form and have the potential to get their 2015 seasons off to a great start here in Brisbane,” he said.

“We have a really exciting group of Australians set to hit the courts next week and I hope to see plenty of fans coming through the gates to cheer them on.”