A player in the mould of a Lindsay Davenport or Maria Sharapova, Aleksa Cveticanin will on Saturday contest the semifinals of the 16/u Australian Championships. 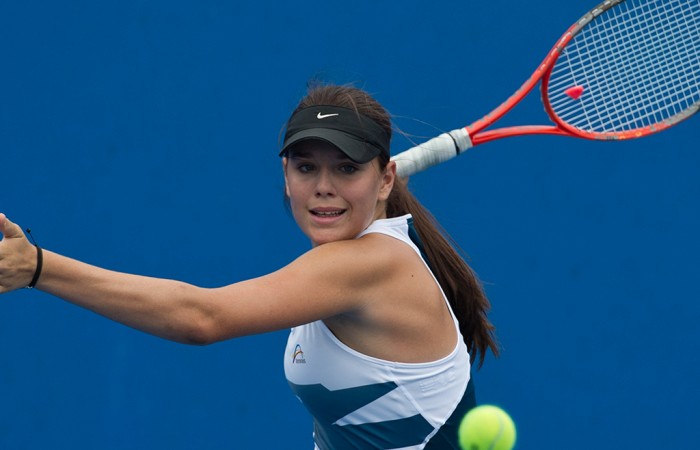 Each day we’ll be featuring a player who is one to watch throughout the December Showdown and into the Australian summer. Today it’s Aleksa Cveticanin, who will today contest her semifinal in the 16/u Australian Championships.

Tennis insiders believes the Queenslander, with her height, has the potential to emulate other tall female champions such as Lindsay Davenport and Maria Sharapova.

A “dark horse” of a talent, Cveticanin spent several weeks in Europe at age 12 and 13 honing her skills and learning how to compete on red clay. Enjoyed strong results at NSW junior events in late 2014.

During the girls’ 16/u Australian Championships at the December Showdown, Cveticanin has upset No.2 seed Nicole Kraemer and seventh seed Alexandra Bozovic en route to the semifinals, where she will face No.8 seed Jeanette Lin on Saturday.

Read more about Cveticanin and other emerging Aussie talents in the December “Summer Special” of Australian Tennis Magazine.