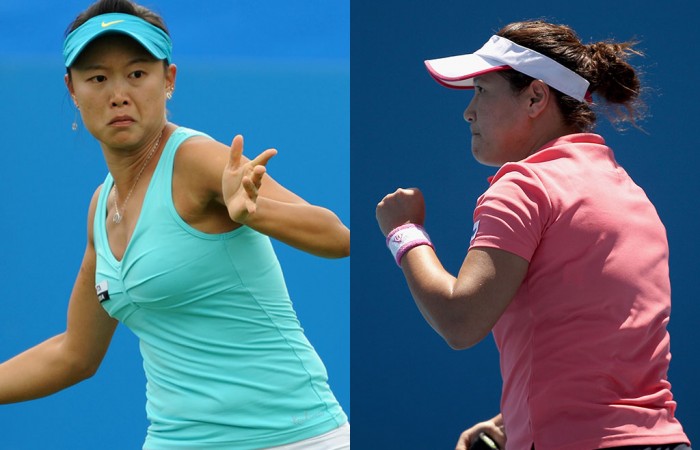 The Taiwanese was in sublime form in the first set and hitting aggressively from the baseline before Hozumi stormed back in the second set; a titanic battle ensued in the third set.

Chang is looking to return to Grand Slam singles after battling injury for the majority of 2013 and 2014.

Tanasugarn, who has also battled recent injuries, called on all of her experience to defeat rising Chinese star Shilin Xu (CHN).

Producing several winners off both wings, Xu raced away with the first set 6-3, before Tanasugarn mixed up her play in the second set with a variety of slice and spin in a bid to counter Xu’s aggression.

In the end, the former top 20 player raced away to win 3-6 6-1 6-2, and said she relished the potential opportunity to compete at Grand Slam level again.

“I have really enjoyed the week here in Shenzhen and would love to finish with the title tomorrow. Chang and I only played last week at the WTA event in Japan and it was a tight three set battle so it should be a great final,” she said.

Meanwhile, Li has had an outstanding week in defeating the two seeds en route to the final, and on Saturday enjoyed the support of a parochial home crowd who spurred him on to defeat third seed Hyeon Chung (KOR) 6-3 7-5.

Li said it would be the highlight of his career to compete in a Grand Slam singles event.

“I have worked all my life to try and compete at Grand Slam level and now I am only one match away,” he said.

“It would be a dream come true. I just need to treat tomorrow as any other match but obviously there is a big prize. Zhang and I have played so much, he has beaten me more than I have beaten him so I will need to play my best tomorrow.”

In doubles, four players won the rights to Australian Open accreditation on Saturday when the finals were completed.

Both pairs were ecstatic when presented with accreditation by Australian tennis legend Todd Woodbridge.

After watching the finals, Woodbridge took the opportunity to pass on some doubles advice to both champions which will no doubt serve them well when they compete at the Australian Open in January.

For draws, scores and player information, check out our dedicated guide to the Australian Open Asia-Pacific Wildcard Play-off.