Upon arriving in Melbourne this morning ahead of the Newcombe Medal Australian Tennis Awards, John Newcombe spoke to the media about the awards and the state of Australian tennis and discussed the chances of the four finalists for the medal named in his honour. 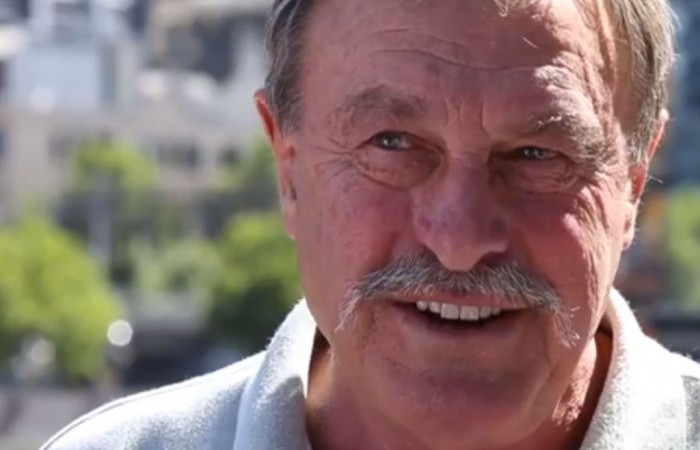 On the importance of the Australian tennis community coming together for the fifth edition of the Newcombe Medal Australian Tennis Awards:

“I think from the first year it was just great to see people coming from all over Australia, including little tennis clubs from way in the outback and that. It’s a grassroots program, really; at the end of the night we have the player of the year but for me, it’s the tennis community coming together. It’s a great night.”

On the future of Australian tennis, given this is arguably the closest ever battle for the Newcombe Medal:

“Things have been on the up and up for the last couple of years. Sam Stosur probably got the ball rolling. Programs that I’m aware of around Australia I think they’re just getting better and better. With Pat Rafter coming in (to lead the Davis Cup team) and Alicia (Molik) doing the Fed Cup, there’s some really positive moves there. Lleyton (Hewitt) is very keen to take over from Pat when Pat’s finished, and now Pat’s in a player development role, so things are looking very good for the future. And we’ve got a lot more players up in the top 100 and top 200 in the world. So I think the next five years we’re really gonna see us starting to move back to becoming one of the top tennis nations again.”

On the calibre of the Newcombe Medal finalists, and what the panel has had to take into consideration when selecting a winner:

Casey Dellacqua
“Casey Dellacqua’s had a great year. She’s really moved her ranking up there into the mid 20s and coming back from some injuries and stuff like that over the last couple of years, she’s gradually gotten better and better, she’s had a terrific year.”

Sam Stosur
“Sam didn’t have the type of year that she would have wanted to have, but she did finish the year strongly again which is good, and hopefully she’ll have a great summer coming up.

Lleyton Hewitt
“Lleyon of course, stalwart in the Davis Cup, he won a couple of tournaments during the year, and he looks fighting fit to me, ready to take on the Australian summer and play again next year.

Nick Kyrgios
“Nick Kyrgios just had a fantastic year, nobody could have expected him to have as good as year as he had. We were all excited when he won a couple of Challenger events earlier in the year, the all of a sudden, boom, he jumped onto the world stage at Wimbleodn, surving a number of match points against Richard Gasquet and taking out Nadal in a brilliant fashion and getting through to the quarterfinals.”

On who the likely winner will be:

“Four people there, it’s a really strong field, and it’s been hard for us to decide who comes out as the winner … (we have) four worthy challengers for the Newcombe Medal and I’ll be proud to announce the winner tonight.”

Find out more about the Newcombe Medal Australian Tennis Awards, to be held on Monday 24 November at the Palladium Ballroom at Melbourne’s Crown Entertainment Complex, and tune into the live stream from 7pm tonight!