Tennis stars Simona Halep, Petra Kvitova and Agnieszka Radwanska will contribute to yet another strong women's field at the Apia International Sydney in 2015. 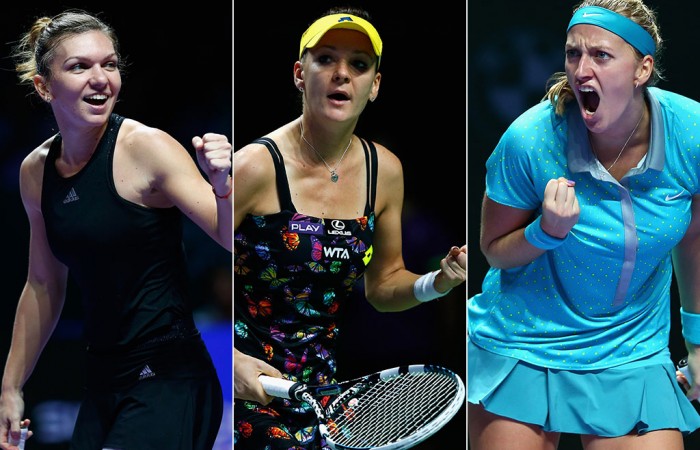 Some of the biggest stars in women’s tennis will descend on Sydney in January, with French Open finalist Simona Halep (ROU), Wimbledon champion Petra Kvitova (CZE) and Australian Open semifinalist Agnieszka Radwanska (POL) all returning to the Apia International Sydney in 2015.

After a stellar year in 2013 that saw her win six WTA titles and be named the WTA Most Improved Player of the Year, Halep followed up in 2014 with wins in Doha and Bucharest as well as finals appearances at the French Open, Madrid and the WTA Finals along with a semifinal showing at Wimbledon.

She reached a career-high ranking of No.2 in August this year and finished the year at No.3, eight places higher than 2013.

The 23-year-old did not have the debut she had hoped for at the Apia International Sydney this year, losing in the first round to rising American teenager Madison Keys. Returning in 2015, Halep is hoping to make Sydney her ninth WTA title.

“I am so excited to be coming back to Sydney. The fans and atmosphere were amazing this year and it is an incredible city to play in,” said Halep.

“Hopefully this time I will be able to do better and play at a high level. I haven’t won a WTA tournament in Australia yet so it would be the perfect start to the year if I could win in Sydney.

“The tournament always has a very strong field with a lot of the top players choosing to play there so it will be a tough challenge but the perfect lead in to the Australian Open.”

Apia International Sydney 2014 semifinalist Kvitova also returns to the tournament off the back of a stand-out year on tour.

After bowing out to eventual champion Tsvetana Pironkova (BUL) in Sydney, the 24-year-old went on to win her second Wimbledon championship as well as claiming titles in Wuhan and New Haven.

The former World No.2 capped the year in style by guiding the Czech Republic to a Fed Cup victory over Germany.

“This year has been amazing for me, winning my second Wimbledon title and winning the Fed Cup for the Czech Republic was a very special way to finish off the season,” said Kvitova.

“I love coming to Sydney, the fans and the atmosphere are great so I hope I can come back and play well.”

Apia International Sydney 2013 champion Radwanska is a fan favourite in Australia, making the quarterfinals or better at the last four Australian Open tournaments and adding a 2012 semifinal appearance to her Sydney record.

The Polish star has become accustomed to finishing her Australian Open preparations in Sydney, competing in five of the last six tournaments, and knows she will need to be at her best if she is to win the title again.

“I really enjoy coming to Sydney and am excited to come back and hopefully win another title next year,” said Radwanska.

“It’s a very special tournament for me after winning in 2013. It is always a challenging week and very competitive but I hope I can play my best tennis there again.”