Ajla Tomljanovic pushes Simona Halep to three high-intensity sets at the Australian Open before bowing out to the world No.2. 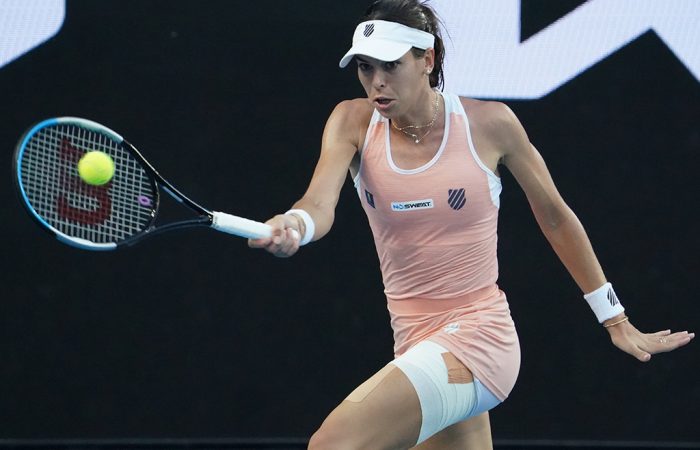 The record books will show that after seven Melbourne campaigns, Ajla Tomljanovic is yet to progress to the Australian Open third round – what they won’t show, however, is some of the thrilling tennis that the Australian produced to stretch world No.2 Simona Halep to three high-intensity sets in her latest match.

It took Halep two hours and 34 minutes to claim the 4-6 6-4 7-5 victory, the Romanian summoning all of her fighting spirit to progress.

“Actually. I was expected that she’s going to play very hard and very strong,” said the 29-year-old, who recovered from a 2-5 deficit in the third set.

“I know that she’s a very tough opponent and I expect it to be a difficult match, but it was more (difficult) than I thought.”

But rising to the challenge is a Halep speciality, as Roland Garros and Wimbledon titles attest – those Grand Slam credentials best demonstrated as she clawed her way back in the dramatic third set.

“I was not that positive,” Halep admitted in the on-court interview. “I was just blaming myself that I’m not strong enough to play against her but in the end … mentally, I think I was a little bit stronger.

“I had the desire to win the match and I didn’t want to give up.”

Tomljanovic had earlier countered a series of challenges from the experienced Romanian, quickly recovering after dropping serve in the opening game.

Settling into a rhythm, the Australian also dictated the rallies – at times forcing Halep into error but more often finding her powerful range to eventually claim the first set.

Tomljanovic also rallied when Halep forced a decider, the Australian racing to a 2-0 lead in the third set.

With an excited Margaret Court Arena spurring her on, Tomljanovic served for the match at 5-2 but couldn’t maintain momentum, Halep running away with the last five games to secure the match.

“I’m getting messages that it was really high quality,” said the Australian, who hit 37 winners to 28 from Halep. “Just knowing what a great competitor and player Simona is, just logically, yeah, I must have played well.”