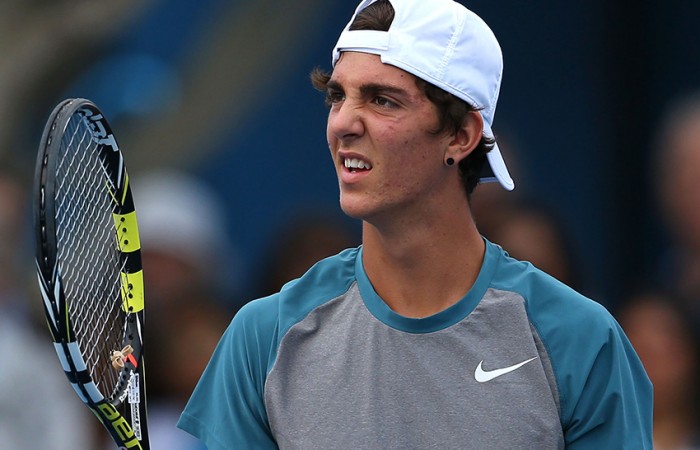 Kokkinakis, who has rocketed up the rankings this year to currently sit at world number 154, will welcome the addition of McGee who recently qualified for the US Open. 27 year old McGee has done it the hard way after toiling away on the second tier Challenger Tour before he got his break at the US Open which catapulted him inside the world’s top 200 for the first time. “To have added to our depth has been a real bonus for us, James is a world class player and will fit in well to our team structure” said The Drive’s coach, Luke Smith.

Western Australian team the Mount Lawley Mavericks have strengthened their list with the addition of former world number 61, Matthew Ebden. Ebden, who has been one of Australia’s leading players over the past five years will be joined by Great Britain’s Brydan Klein. Klein is a former Junior Australian Open Champion and has a career high ranking of 174.

The additions of Edben, Klein and McGee, along with Kokkinakis who was on the initial list submission, sets the scene for some mouthwatering head to head battles when the WA men’s teams make their way to Adelaide on 28 November.

“To have players of the calibre of Thanasi Kokkinakis and Matt Ebden playing ATL is very exciting for tennis in the state” said Tennis SA CEO Steven Baldas. “All the ATL matches are free to attend and they’re played at local clubs so I would encourage people to attend over the two weekends in November” added Baldas.

In the women’s competition, the Flagstaff Freighters have pulled another strong recruiting move by adding Bulgarian world number 294, Dia Evtimova, to an already strong list with outstanding depth.  The addition of Evtimova, who has been playing on the Australian Pro Tour over the past few weeks will give the Freighters the tag as conference favourite.

South African Chanel Simmonds will be looking forward to combining with her countrywoman Michelle Sammonds when they headline The Drive’s ladies team. The South African pair will be well supported by former College player AJ Waters and touring player Leah Daw.

Western Australian team the Midland Mad Dogs are well equipped to push the Freighters and The Drive with leading Australian players Tiewa Casey and Maddison Inglis lining up in their team.

The ATL season kicks off on Saturday November 22 at Memorial Drive Tennis Centre with reigning champions Flagstaff in action along with The Drive’s star studded men’s and women’s teams in action.