Nick Kyrgios will feature in the night session at Arthur Ashe Stadium on Day 6 at the US Open, while Casey Dellacqua will look to make the fourth round at a major for the first time outside Australia. 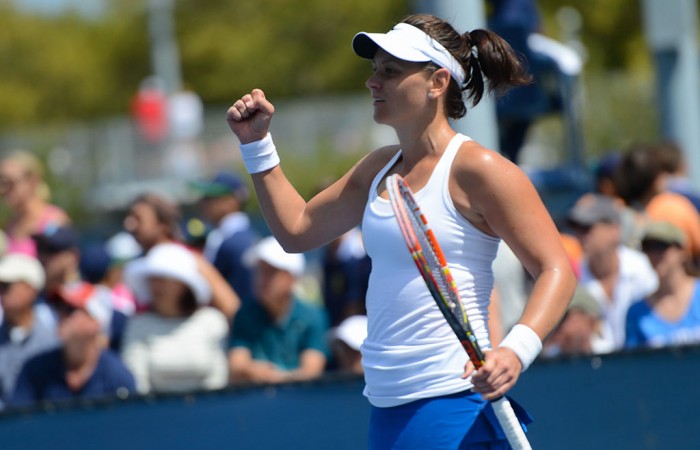 Kyrgios has gotten better as the tournament has progressed – after battling through four sets to defeat 21st-seed Mikhail Youzhny, he blasted experienced Italian Andreas Seppi off the court in straight sets. Having already served 48 aces in two matches, he’ll look to continue his serving dominance against the 32-year-old Robredo, a former world No.5, one of the most experienced players out there and the man who beat Roger Federer in the fourth round in New York last year. The Spaniard is a fit, consistent player and one who will get plenty of balls back – Kyrgios will need to remain true to his aggressive style if he is to progress even further in what has been an impressive run already at Flushing Meadows.

Instead of lining up against 8th seed Ana Ivanovic, Dellacqua finds herself up against the powerful yet inexperienced Karolina Pliskova, who upset the Serb in round two. It will be a match-up that the Australian will prefer – the Czech is untested at this level, having never before reached the third round at a Grand Slam event. While Pliskova wins in the power stakes, Dellacqua’s advantage is her experience and her court-sense; the Aussie will be looking to give the Czech a mixture a spins, angles and pace as she attempts to reach the fourth round at a Grand Slam event for the first time outside of Australia.