Nick Kyrgios has been rewarded for his stunning run at Wimbledon, surging 78 places to world No.66, and by far the highest-ranked teen in the game. 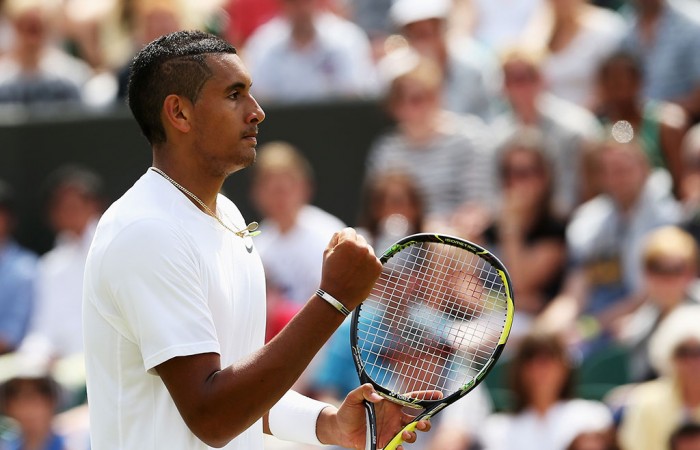 Nick Kyrgios has been rewarded for his stunning run at Wimbledon, surging 78 places to world No.66, and becoming by far the highest-ranked teen in the game.

Kyrgios is now the third-highest ranked Australian behind Lleyton Hewitt and Marinko Matosevic, who rose five and three places to No.43 and No.55 respectively after they reached the second round at the All England Club.

Kyrgios leapfrogs Matt Ebden, Sam Groth and Bernard Tomic, the latter who fell 39 places to world No.124 after failing to defend his fourth round points at Wimbledon from 2013.

Also making an impressive move was Luke Saville; the 20-year-old rose 52 spots to a career-best ranking of 184th after qualifying for and then reaching the second round at Wimbledon.

Although they didn’t play at Wimbledon, Aussies Jason Kubler and Dane Propoggia each enjoyed significant improvements in their rankings; Kubler rose 36 spots to world No.237 – a career high – after winning an ITF Futures title in the Netherlands, while Propoggia’s strong results at Futures events in Turkey pushed him up 54 places to 384th.

On the women’s side, Jarmila Gajdosova continued her impressive revival, leaping 27 spots to world No.150 after reaching the second round of Wimbledon as a wildcard.