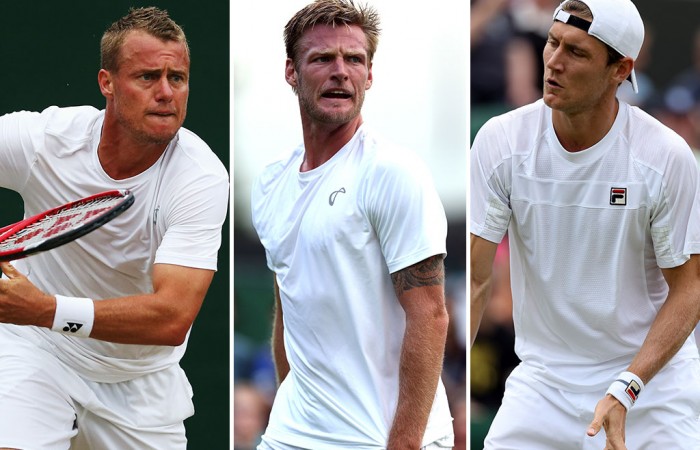 The grasscourt event, the last of the tour’s short grasscourt season, is an ATP 250-level event, and is headed by top seed John Isner of the United States.

Hewitt is the tournament’s third seed, and he’ll face off against another American in Ryan Harrison in the opening round.

The South Australian is projected to meet sixth seed Steve Johnson in the quarterfinals.

Hewitt’s compatriot Ebden sits in the same half of the draw; he opens against American Rajeev Ram, with the winner to face either No.7 seed Jack Sock – the Wimbledon men’s doubles champion – or Alex Kuznetsov, both of the United States.

Sam Groth sits in the bottom half, and takes on fifth seed Donald Young of the United States in his first round match.

His half of the draw is lead by No.2 seed Ivo Karlovic.

Fellow Aussies Luke Saville and John Patrick Smith will attempt to to join the trio by way of qualifying.

Saville began his qualifying campaign in the best possible style with a 6-0 6-0 win over Uzbek Sarvar Ikramov to advance to the final round, while Smith faces Takanyi Garanganga in the second round, hoping to join Saville in the final round.