Australia will field its largest singles contingent at Wimbledon in 13 years after three men secured main draw spots through qualifying. 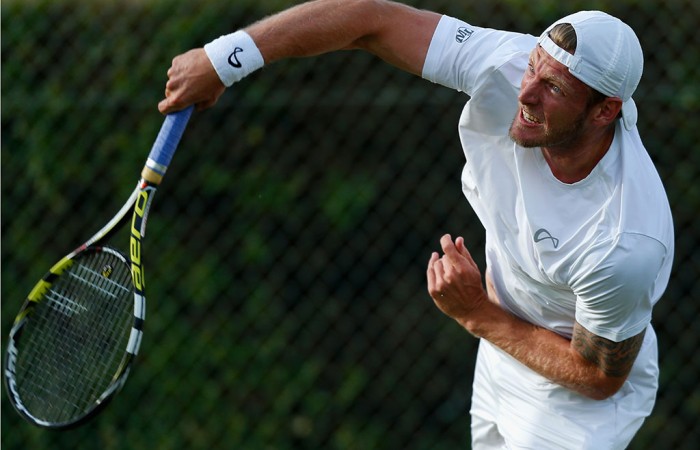 Australia will field its largest singles contingent at Wimbledon in 13 years after three men secured main draw spots through qualifying.

All three won matches in the third and final round of qualifying at Roehampton on Thursday but Ashleigh Barty and Alex Bolt missed chances to join them.

The addition of Saville, Groth and Duckworth takes to 11 the number of Australians lining up at the All England Club next week.

It is the nation’s largest representation since 2001, when Pat Rafter – one of 12 Australians in the field – lost an epic final to Goran Ivanisevic.

It’s the first time Australia has had eight men in the main draw since 2000 but Hewitt is the highest ranked player at No.46.

Samantha Stosur, Casey Dellacqua and Jarmila Gajdosova will line up in the women’s singles.

The former Wimbledon and Australian Open junior champion, ranked 233rd in the world, defeated top seed Thomaz Bellucci in the first round of qualifying.

“I’ve been playing great tennis all week and I really like the grass,” Saville said.

“It’s been a great year for me so far … I won three Futures at the start of the year and that really turned my season around after a pretty poor 2013.

Now to qualify for my first Grand Slam, it’s an unbelievable feeling.

Groth defeated Simone Bolelli 6-2 4-6 7-6(4) 6-4 to clinch a deserved start, having just missed out on a wildcard when he lost to Kyrgios in the final of last week’s Challenger event in Nottingham.

The 26-year-old, who dropped serve for the first time in 18 sets of tennis in Thursday’s win, recently moved to a career-high ranking of 125.

“This is a tournament I’ve wanted to play ever since I was a young kid,” Groth said.

“For me it’s an unbelievable feeling to qualify.”

The 22-year-old has been in impressive form, pushing second seed Tomas Berdych all the way in a second-round loss at Queen’s Club.

“I feel like I can definitely do some damage here,” Duckworth said after qualifying.

The men’s and women’s singles draws will be determined on Friday.