Australian youngster Alex Bolt is on the cusp of a grand slam debut at Wimbledon, while Sam Groth, James Duckworth and Luke Saville all joined him in the final round of qualifying. 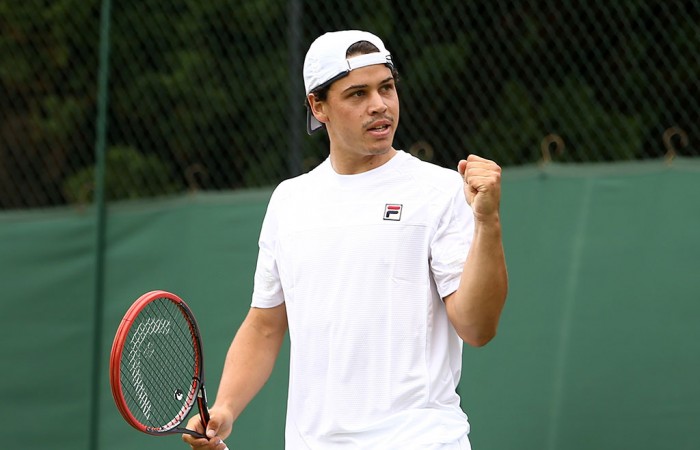 Australian youngster Alex Bolt is on the cusp of a grand slam debut at Wimbledon after progressing to the final stage of qualifying.

The 21-year-old defeated Argentina’s Agustin Velotti 6-3 6-3 at Roehampton on Tuesday to close within one win of a place in the main draw.

He was joined by compatriots James Duckworth, Sam Groth and Luke Saville in reaching the third and final qualifying round.

South Australian Bolt has never competed in an ATP main draw match but broke into the world’s top 250 for the first time last month after winning a Challenger event in China.

Duckworth beat Uzbekistan’s Farrukh Dustov 4-6 7-6(5) 8-6 and will take on Austrian Martin Fischer in his bid for a second successive Wimbledon start.