Casey Dellacqua has overcome Sam Stosur in three sets in their all-Australian battle in the third round of the WTA event in Birmingham. 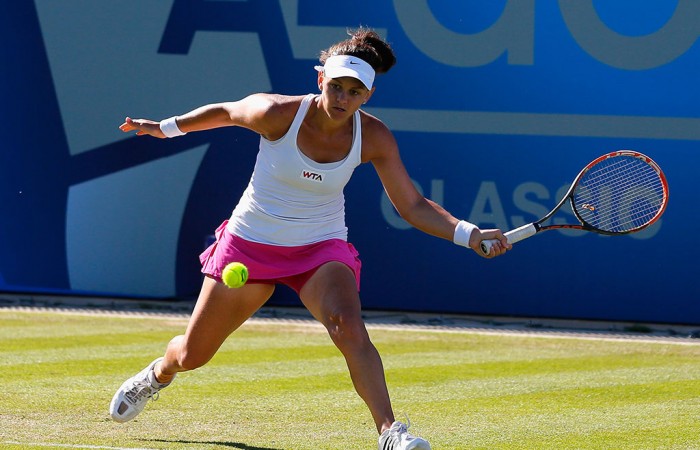 Casey Dellacqua has overcome Sam Stosur in three sets in their all-Australian battle in the third round of the WTA event in Birmingham.

Dellacqua, seeded 16th, recovered to beat the second-seeded Stosur 2-6 6-2 6-2 in one hour, 45 minutes to advance to the quarterfinals.

It’s the best performance by an Australian at the grasscourt event since Alicia Molik reached the same stage of the tournament a decade earlier.

After dropping the first set, Dellacqua hit her straps on the lawns of the Edgbaston Priory Club, reeling off eight of nine games to level the match and forge ahead 3-0 in the third.

A slightly more natural grasscourter than her higher-ranked compatriot, Dellacqua found herself serving for the match in the eighth game, and after a tense battle at deuce, closed it out with a forehand winner.

Having not played each other in 11 years, Dellacqua took her head-to-head record over Stosur to 3-0; this was their first WTA-level meeting after the West Australian won their only two matches on the Australian Pro Tour in 2002 and 2003.

She next faces Japanese veteran Kimiko Date-Krumm for a place in the final four.