Two genuine heavyweights of Roland Garros, Sam Stosur and Maria Sharapova, will take take to the court in Paris on Sunday for their last 16 French Open showdown. 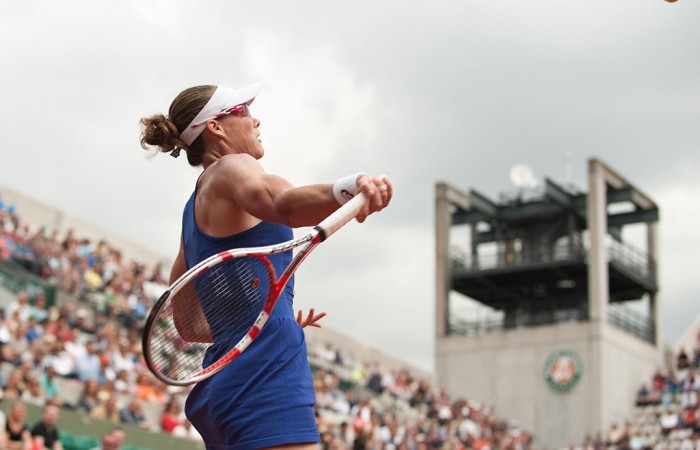 Two genuine heavyweights of Roland Garros, Sam Stosur and Maria Sharapova, will take take to the court in Paris on Sunday for their last 16 French Open showdown.

Australian 19th seed Stosur will face the 2012 champion in the fourth round on Monday morning AEST, their match somewhat surprisingly scheduled as the last of four on the secondary Suzanne Lenglen show court.

Russian seventh seed Sharapova is the tournament favourite following the shock exit of the top three seeds while Stosur, runner-up at Roland Garros in 2010 and twice also a semifinalist, is considered a title smokey.

The French Open ranks high on Stosur’s favourite event list but it holds bitter-sweet memories for the 30-year-old.

But as time wears on, Stosur says looks back more fondly at her Roland Garros experiences.

“It’s bitter-sweet but now, a few years down the track, I can look at it a bit more objectively and think, ‘OK it was a final, it was still a great achievement.”

As well as creating another memory to savour, Stosur could take a significant step towards claiming a second Grand Slam title with an upset of Sharapova.

However, she needs to somehow defy a 2-13 head-to-head record in previous meetings between the pair.

The last defeat came only earlier this month on clay when Sharapova prevailed 6-4 6-3 at the Madrid Masters.

“It’s probably good to have that fresh in my mind and think ‘this didn’t work but this did’ and really try to be clear and go out there and do what I feel like I need to do,” Stosur said.

Stosur is the last Australian remaining in singles at Roland Garros.

The seventh-seeded duo reached the final at the Australian Open, Wimbledon and US Open last year.