Australian tennis young gun Thanasi Kokkinakis has fallen agonisingly short of a spot in the French Open main draw, while James Duckworth qualified by way of a walkover. 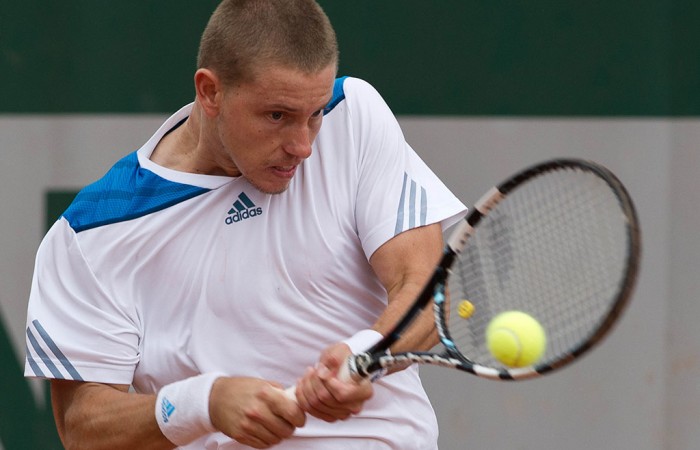 The 18-year-old had a match point but fell 4-6 7-6(5) 7-5 to Croatian Ante Pavic in the final round of qualifying at Roland Garros on Friday.

Fellow Australian Sam Groth also missed a chance to qualify but James Duckworth booked his spot after being awarded a walkover against Lithuanian Ricardas Berankis.

Olivia Rogowska progressed to the final round of women’s qualifying after ousting Olga Savchuk in straight sets, but Jarmila Gajdosova fell 1-6 6-3 6-0 to Serbian Vesna Dolonc in the second round.

Exciting prospect Kokkinakis had been looking to seal a second Grand Slam main draw appearance after making an impressive debut at the Australian Open.

Supported on Court 9 by compatriots Lleyton Hewitt, Nick Kyrgios and Marinko Matosevic, he started brightly and was always in control of the first set.

Pavic, ranked 142 places higher than the Australian at No.179, held on in a tense second-set tiebreaker to level.

The momentum appeared with Kokkinakis late in the third set and he had a match point at 5-4 up on Pavic’s serve.

However the Croatian broke in the next game and held his serve to book a first-round spot against a yet-to-be determined opponent.

Groth lost 6-4 6-2 to Italian Simone Bolelli in his deciding qualifier.

Rogowska will take to the courts on Saturday morning in an attempt to join female compatriots Sam Stosur, Casey Dellacqua and Ash Barty in the main draw.