Australian Alex Bolt's victory at the An-Ning ATP Challenger event has vaulted the 21-year-old into the world's top 250 for the first time. 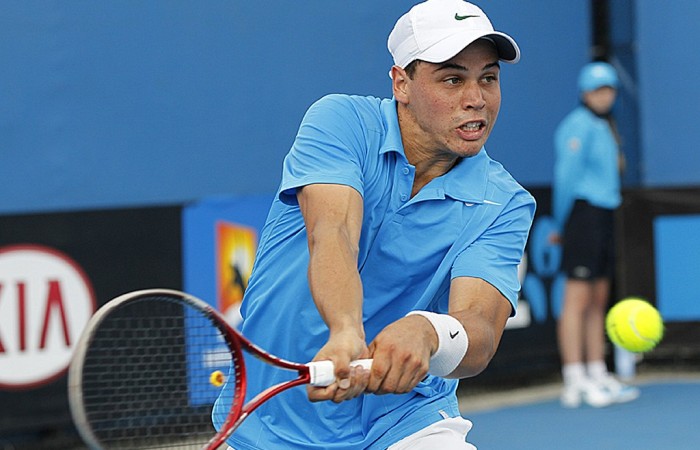 Australian Alex Bolt’s victory at the An-Ning ATP Challenger event has vaulted the 21-year-old into the world’s top 250 for the first time.

Soaring 132 places following his first career victory at Challenger-level, the left-handed Bolt has hit a best-ever ranking of No.240, smashing his previous best of 296th in August 2013.

Since then, Bolt had slipped outside the world’s top 500 as recently as three months ago, but thanks to some stellar results on the Australian Pro Tour preceding his breakthrough in China, the South Australian has shot up the ATP ladder.

The milestone has also seen Bolt crack the Australian top 10

Bolt was not the only player making waves in the 5 May rankings list.

Jordan Thompson leaped 47 places to break into the world’s top 300, after reaching the semifinals at the same event Bolt triumphed at.

Thompson, who only first gained an ATP ranking just 15 months ago, now sits at 277th.

Fellow 20-year-old Andrew Whittington improved his ranking by 26 places to No.370 after reaching the quarterfinals in An-Ning, where Thompson stopped him in two tight sets.

The extended WTA rankings for this week are yet to be released.