Alex Bolt has continued his stellar claycourt form with victory at the ATP Challenger event in An Ning, China, surging more than 130 places to a career-high ranking of No.240. 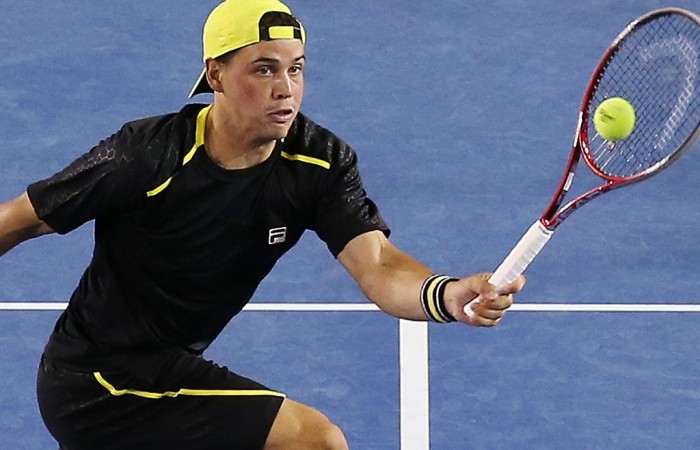 Alex Bolt has continued his stellar claycourt form with victory at the ATP Challenger event in An Ning, China.

The victory was Bolt’s first at Challenger level, and sees the South Australian jump more than 130 ranking places to a career-high mark of No.240.

The left-hander has won 14 of his past 15 claycourt matches; he recently won the Pro Tour event at Melbourne Park before reaching the final at the Glen Iris Pro Tour event the following week in April.

“I’ve always felt pretty comfortable on clay. I guess my game style suits it a little bit, I play pretty heavy,” he said following his ITF victory at Melbourne Park.

Fellow Aussie John-Patrick Smith was just one win away from joining Bolt on the Challenger victor’s list, falling in the final of Santaizi ATP Challenger in Taiwan.

Smith was defeated 6-3 6-3 by Luxembourg’s Gilles Muller, after having come back from the brink in his semifinal against sixth-seed Tatsuma Ito to win 1-6 7-6(3) 6-4.

Meanwhile, at a Futures event in Korea, Dane Propoggia kept the Aussie wins coming with a 7-5 3-6 6-4 victory in the final over local Min Hyeij Cho.

It was Propoggia’s third straight three-set victory at the tournament; the New South Welshman beat fourth seed Edward Corrie in the quarterfinals before upending No.1 seed Yong-Kyu Lim in the semis.

On the women’s side, Jarmila Gajdosova showed something of a return to form with her run to the semifinals at the $75,000 ITF event in Gifu, Japan.

Gajdosova ultimately fell 7-5 6-3 to Ekaterina Bychkova, but only after ousting 93rd-ranked top seed Misaki Doi 6-3 6-3 in the quarterfinals.