Australians Sam Stosur and Matt Ebden fell in the opening round of the ATP-WTA Portugal Open in Oeiras. 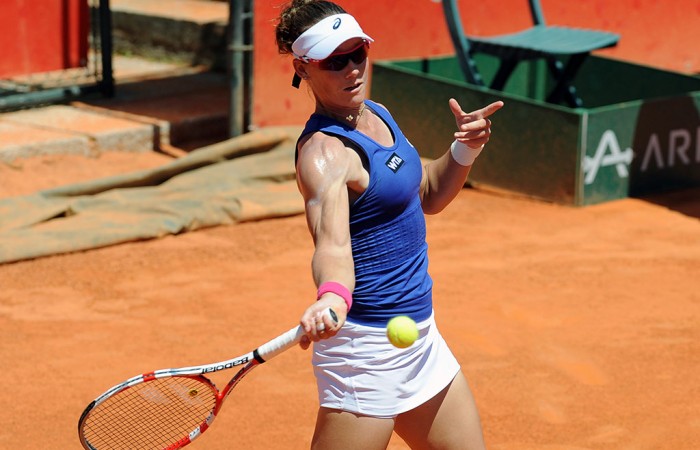 Australia’s Sam Stosur has continued her recent lean run, making a first-round exit at the ATP-WTA Portugal Open in Oeiras.

Stosur, 30, was beaten in just 72 minutes on Tuesday, going down 6-4 6-0 to Swiss qualifier Timea Bacsinszky, and will now need to make amends quickly next week in Madrid as the French Open draws nearer.

Devvarman’s 6-2 6-3 victory came in one hour and 13 minutes, and sees him advance to a second round meeting with No.1 seed Tomas Berdych.