Aussies in action in Portugal, Munich

Sam Stosur and Lleyton Hewitt will lead the Aussie charge this week at red clay events in Portugal and Munich respectively. 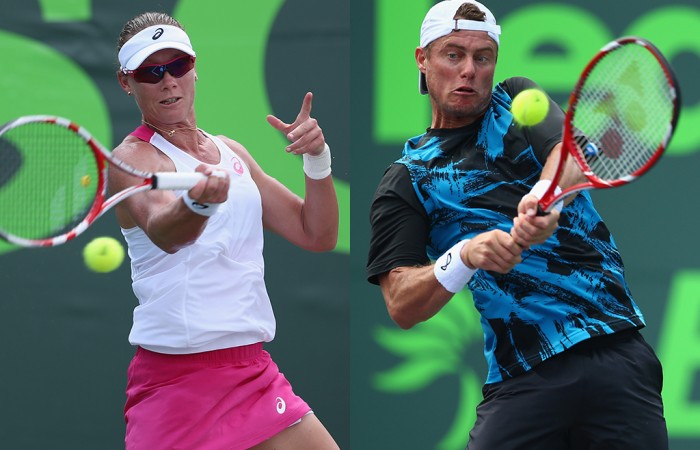 Sam Stosur and Lleyton Hewitt will lead the Aussie charge this week at red clay events in Portugal and Munich respectively.

Stosur is the third seed at the Portugal Open in Oeiras, and will take on a qualifier in the opening round.

The world No.19 skipped her traditional French Open tune-up event in Stuttgart after representing Australia in Fed Cup, and makes her debut at the Portuguese event this week.

She finds herself in a tough section of the draw, with a projected quarterfinal against the dangerous Kaia Kanepi and semifinal against nemesis Lucie Safarova.

The tournament features four of the world’s top 20, and is headed by Carla Suarez Navarro and Eugenie Bouchard, the first and second seeds.

Stosur will be joined at the combined ATP/WTA event by compatriot Matt Ebden, who takes on India’s Somdev Devvarman in the first round.

The winner faces a tough second-round battle with top seed and world No.6 Tomas Berdych.

Meanwhile, at the BMW Open in Munich, Hewitt is joined by fellow Australian Marinko Matosevic in the main draw of the ATP 250 event.

Like Stosur, Hewitt faces a qualifier in his opening round match, with seventh seed Andreas Seppi potentially looming in the second round.

That match would be a repeat of the pair’s epic five-setter at Rod Laver Arena in the first round of Australian Open 2014.

Heading Hewitt’s quarter of the draw is fellow veteran and second seed Tommy Haas of Germany.

Matosevic takes on Michal Przysiezny of Poland in the first round, and has landed in a tough quarter of the draw featuring third and fifth seeds Mikhail Youzhny and Philipp Kohlschreiber, bith flamboyant shotmakers and comfortable on clay.