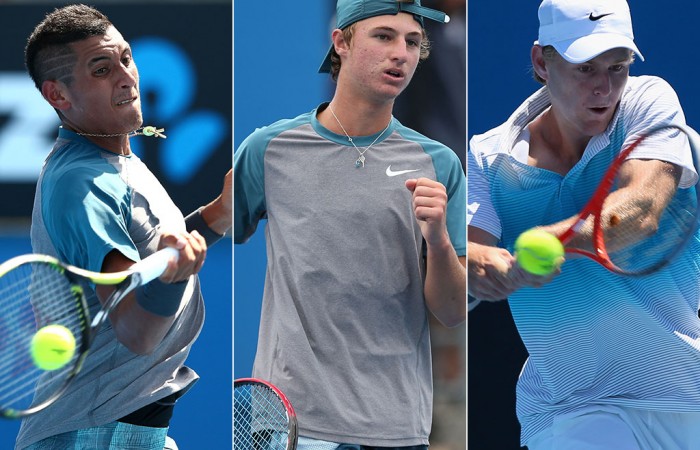 The victory has sent him to world No.171, just a few spots below his career-high ranking of 157th set in February.

Saville, meanwhile, continues to improve his ranking after sustained success on the Australian Pro Tour.

The South Australian’s recent victory at the Glen Iris Men’s International has seen him crack the world’s top 250 for the first time.

Just six months ago, Saville was ranked outside the top 500, but after winning 20 of his past 22 matches and claiming three Pro Tour titles – Futures-level events on the ITF circuit – he has halved his ranking.

Jasika also enjoyed success at the Glen Iris tournament, reaching the semifinals and subsequently skyrocketing 204 places to world No.883.

Jasika, aged just 16, had only twice previously been beyond the second round of a Futures event, reaching two Futures quarterfinals in 2013.