Sam Stosur and several of Australia’s top Aussie men will compete at WTA and ATP tournaments around the globe this week. 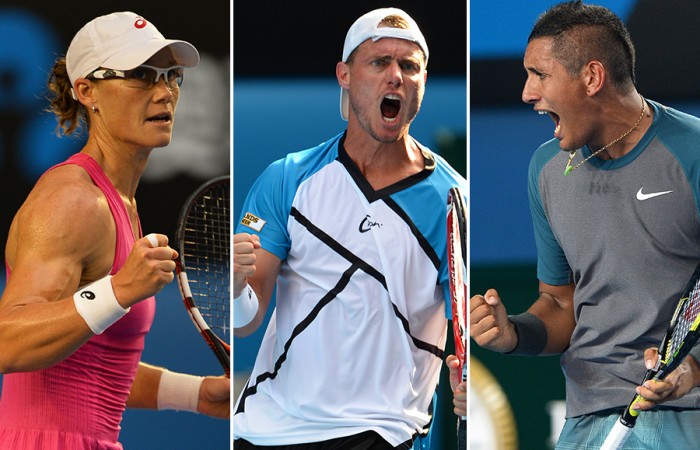 Sam Stosur and several of Australia’s top Aussie men will compete at WTA and ATP tournaments around the globe this week.

Stosur is the No.12 seed at the prestigious Qatar Total Open in Doha, a Premier 5-level event on the women’s tour featuring seven of the world’s top 10 players.

The 29-year-old, having just arrived in the Middle East from Hobart after helping Australia to a commanding victory over Russia in its Fed Cup World Group first round tie at the weekend, will open her campaign against New Zealand’s Marina Erakovic.

Stosur owns a winning 2-0 head-to-head record over the 50th-ranked Kiwi; their most recent meeting saw Stosur romp to a straight-sets victory in Charleston last year.

The Queenslander is projected to meet No.8 seed Caroline Wozniacki in the third round and finds herself in the same quarter as second seed and Australian Open 2014 semifinalist Agnieszka Radwanska.

Meanwhile, four Aussie men have headed to Memphis for the US National Indoor Tennis Championships.

Leading the charge is Australian No.1 and world No.40 Lleyton Hewitt, who is the third seed at the ATP 250 event.

Hewitt has received a bye into the second round, where he will meet either Cypriot Marcos Baghdatis or American Rajeev Ram.

In Hewitt’s single quarter is another Aussie in Nick Kyrgios, whose rapid improvement has helped him score a wildcard into the main draw.

The 18-year-old, currently ranked No.171, will take on American Tim Smyczek in his opening match, scheduled for Monday evening (US time).

In the bottom quarter of the draw – headed by second seed Feliciano Lopez of Spain – lies Matt Ebden, the Aussie No.3 who at 62nd in the world sits just one place below his career-high ranking attained back in October 2012.

Also in Ebden’s quarter was Victorian Marinko Matosevic, the fifth seed who was eliminated in the opening round by promising Czech Jiri Vesely.