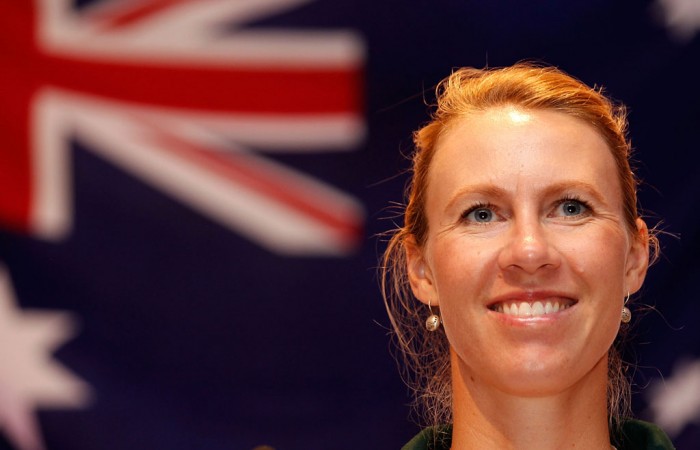 Of the four Russian players only 18-year-old Irina Khromacheva has competed in the world team event before, stepping into the second singles spot when Russia lost to Italy in the 2013 final in November.

Full team nominations are as follows:

“It’s easy to look at the rankings alone and think that because we have the higher ranked players we should be firm favourites to win,” Australian Fed Cup captain Alicia Molik said.

“We have a strong team and I certainly expect the girls to do well. But in Fed Cup you can never look at rankings alone. Sometimes it’s harder to play players that are unknown and you can’t ever afford to underestimate the opposition. You have to go out there expecting top performances, and in my experience I think Fed Cup and Davis Cup always brings out the best in players, and can be the springboard to take players to the next level.

“We won’t be taking the Russian team lightly. I have no question they are all good players, can compete under pressure and will flourish being part of the team. They have a new captain in Ansastasia (Myskina) who I always enjoyed playing against on the tour, and she’ll bring a fresh perspective. Our team always strives to bring their best level to Fed Cup and team support always helps this,” Molik continued.

The Fed Cup by BNP Paribas World Group Tie between Australia and Russia will take place at the Domain Tennis Centre, Hobart, on Saturday 8 and Sunday 9 February.

Tickets are now on sale at www.ticketek.com.au

The tie will be televised on Fox Sports.