Seven Aussie juniors through to third round 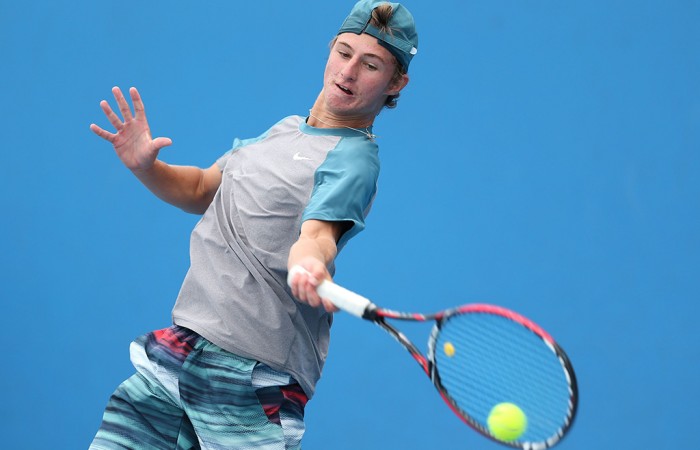 A total of seven Australian juniors have won through to the third round of their singles events after three more Aussies progessed today.

Naiktha Bains and Destanee Aiava will join Kimberely Birrell in the final 16 of the girls’ singles after successful outings this morning.

Bains produced her second impressive win of the tournament, smashing 26 winners en route to eliminating  Russian Anastasia Shaulskaya  6-2 6-2 in just over an hour.

13-year-old Destanee Aiava showed maturity well beyond her years when she came from a set down to overhaul American 14th seed Katrine Steffensen 5-7 6-2 6-1.

In the boys’s event, Omar Jasika (pictured) also won through to the third round in style. The 16-year-old took exactly an hour to dispose of Austrian 13th seed Lucas Miedler 6-1 6-4.

Jasika will for part of a quartet in the final 16 of the boys draw along with Bradley Mousley, Marc Polmans and Harry Bourchier.

There is also plenty of Aussies still competing in the junior doubles events.

You can also keep an eye on all the doubles matches as they happen via live scores.