Hard work pays off for Rogowska

Olivia Rogowska says her hard work in the off-season was a major factor in her first round victory over Columbian Mariana Duque-Marino at the Australian Open today. 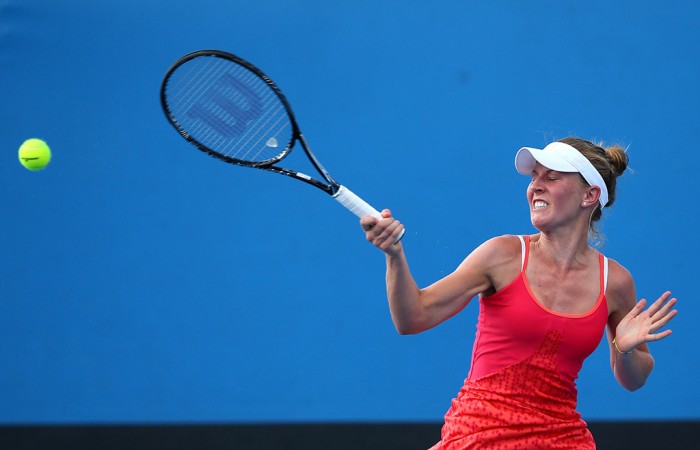 It is not always physical limitations that are the bane of an elite sportsperson’s existence, sometimes it is in the mind that the biggest battles take place. Today Olivia Rogowska was victorious, not only on the court, but also mentally.

“I’ve been working on some mental things in the off-season and, yeah, it worked today,” Rogowska said after her first round 6-3 6-3 win over Columbian Mariana Duque-Marino.

“A few matches I have struggled to close out, but I did it really well today so I’m stoked.”

You wouldn’t know it based on the way she conducted herself on court, but Rogowska played in energy sapping conditions that would test the most seasoned players, both physically and mentally.

Her summation of the poise she exhibited, despite the heat, was initially succinct but to-the-point.

“I woke up feeling good this morning.

“I didn’t really feel the heat. It was more just mental. Working on tight situations in practice matches and trying to bring that into a live match and it’s paying off, I’m really happy.”

Rogowska believes her results are a culmination of the hard work she has done in the lead-up to the event and has no plans for that to change anytime soon.

“I stayed tough and worked extremely hard in the off-season and that just gave me confidence that I did the hard work and that I believe in myself.

“It’s a new year and a fresh start so hopefully I can keep it going.”

Rogowska will play the winner of the match between Russian nineteenth seed Svetlana Kuznetsova and Elina Svitolina in the second round.