Update: Samantha Stosur, Casey Dellacqua and Matthew Ebden have all progressed to the second round of the 2014 Australian Open. 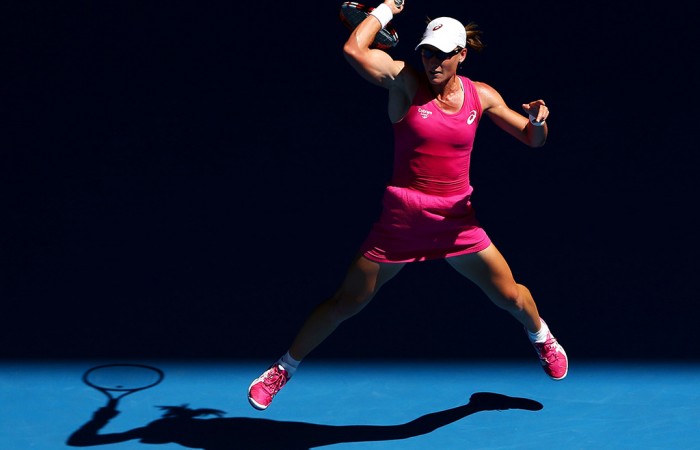 Three Australians have progressed to the second round of the 2014 Australian Open.

Samantha Stosur, Casey Dellacqua and Matthew Ebden were all successful on Day 1 of the event.

Stosur exacted revenge on Klara Zakopalova, who she lost to in Hobart last week, in style with a straight-sets win, 6-3 6-4.

Stosur took just 36 minutes to take the first set from the Czech in a polished performance.

The second set was a different story. Stosur trailed 1-4 midway through the set before overhauling Zakopalova, winning five straight games to seal the victory.

Dellacqua was impressive in her opening appearance taking just 25 minutes to power through the opening set against the Russian who was returning from a 17-month injury absence.

A relentless second set performance from Dellacqua never allowed Zvonareva into the contest, with the world No.120 serving out the match in front of a parochial Australian crowd.

Ebden didn’t have it quite as easy. He had to pull out all stops to defeat Nicolas Mahut from France in a tough five-set encounter, eventually taking the match 6-3 7-5 4-6 0-6 6-3.

Ebden started in hot form taking the first two sets before Mahut seized all the momentum.  Mahut reeled of eight straight games and had the Australian world No.67 on the ropes.

Calling on all his reserves, Ebden rallied and skipped out to an early 4-1 lead in the fifth set. Buoyed by plenty of Australian support, the Western Australian finished off the fifth set in 41 minutes to progress to the second round.

Earlier, a gallant Jarmila Gajdosova battled through injury before going down in three sets to German No.9 seed Angelique Kerber 6-3 0-6 6-2 in the first match of the tournament to be played on Rod Laver Arena.

Sam Groth also went down in his match against Canadian No.28 seed Vasek Pospisil. The big-serving 26-year-old lost in straight sets 6-4 6-3 6-4.

In the last match of the evening on Rod Laver Arena, Ashleigh Barty put on a brave display against five-time Australian Open champion Serena Williams. The American world No.1 proved too string for the 17-year-old winning 6-2 6-1.