Defending champion Ben Mitchell has returned to Melbourne Park for the Australian Open Play-off, set to kick off on Monday. 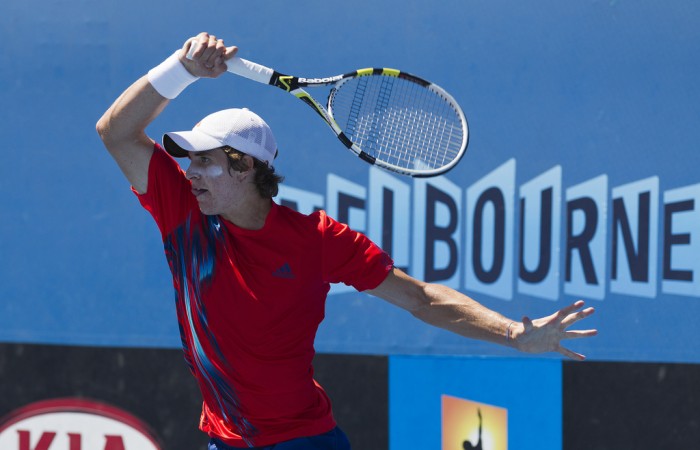 Defending champion Ben Mitchell has returned to Melbourne Park for the Australian Open Play-off, set to kick off on Monday.

Mitchell is the third seed in the 16-player event, featuring a best-of-five set format for all matches to provide players with ideal preparation ahead of Australian Open 2014.

The Queenslander comes into the event motivated to re-write last year’s script, where he won the Play-off only to lose a five-set thriller to compatriot James Duckworth in the opening round of the Australian Open.

“I try and forget the match that I played; it was heart-breaking and took a while to get over, so I want to have another chance to get in the main draw and win a few rounds,” he said.

“This provides such a big opportunity, and it really gives you a lot of confidence; I was very confident in my game after winning the Play-off last year.”

Mitchell will take on Harry Bourchier, the Tasmanian teen who at the weekend reached the final of the Australian 18-and-under Championships.

While threats linger throughout the draw beyond that match, Mitchell insisted he was solely focused on preparing for his battle with the 17-year-old.

“I know he’s fit and pretty fiery so I’m just looking out for him,” he said.

“Obviously Matt Reid made the final last year and (John-Patrick) Smith is the top seed, there are some very good players out there, but just looking out for the guy I play first round.”

Smith, currently ranked 221st, finds himself in a similar situation to Mitchell, taking on a young gun in the form of 16-year-old Marc Polmans.

“It’s tough, last year I played Jay Andrijic who also came in with no pressure … tomorrow I expect him (Polmans) to come out all guns blazing, and you’ve just got to weather the storm,” he said.

In late October Smith achieved a career-high ranking of No.205, reward for a solid run of form that took in strong performances – one semifinal and three quarterfinal finishes – on the ATP Challenger tour following the US Open.

As a result, he enters the Play-off feeling good about both his preparation and ball-striking, especially ahead of a gruelling event featuring best-of-five-set play.

“I got down here a little earlier than this time last year; I think I’ve practised in every condition possible (thanks to Melbourne’s variable weather)… so I’m pretty much ready for anything, nothing’s going to be unexpected now,” he said.

“I’m more a three-set set guy, but for the summer it’s great preparation to get fitter, so yeah I do like (playing five sets).”

Reid, the second seed, takes on another junior in the form of Akira Santillan, a semifinalist in last week’s Australian boys’ 18s event.