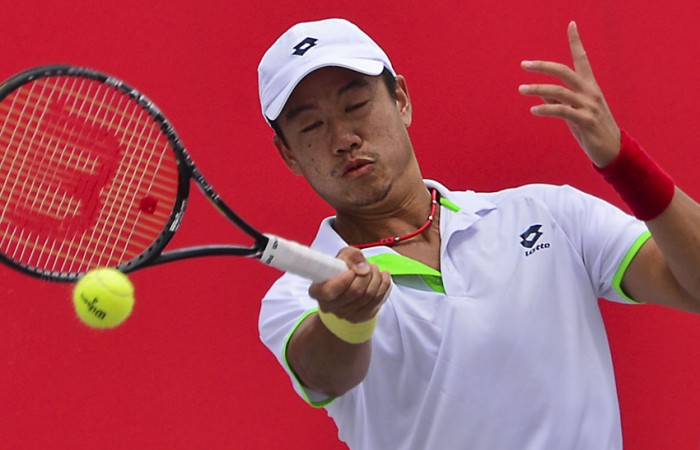 Zheng has fond memories of the Australian Open after reaching the doubles semi-final at the Grand Slam of Asia Pacific with American Varvaro Lepchenko earlier this year.

Yet Liu will be looking to exact revenge on Zheng for her 7-5 6-2 defeat in August at the WTA event in Suzhou.

Also in the draw are Japanese sisters Erika and Yurika Sema; they are the second and fourth seeds respectively, and will play their first round matches on Thursday.

They spoke with Tennis Australia about their wildcard hopes and prospects, which you can see in the video below.

Wang, of Chinese Taipei and currently ranked No.173, will look to earn his 11th career Grand Slam main draw appearance with victory this week.

He begins his campaign on Wednesday against left-handed Chinese Ouyang Bowen, and will start the match as the heavy favourite against the 919th-ranked 21-year-old.

The match of the day will pit doubles partners Yuki Bhambri of India and New Zealand’s Michael Venus against each other in the opening round of men’s singles.

The pair met just three weeks ago at the $50,000 ATP Challenger event in Traralgon, Australia, where Bhambri won an epic encounter 1-6 6-3 7-6 (4) on his way to capturing the singles title.

Bhambri is in great form, having won his last 10 singles matches at ATP level and will be looking to earn his first ever Grand Slam main draw appearance this week with a win in Shenzhen.

Top-ranked Chinese male players Di Wu and Ze Zhang round out Centre Court action as they take on fourth seeded Chinese pair Mao-Xin Gong and Zhe Li in a first round doubles match.

Both Wu and Zheng will begin their singles campaigns on Thursday.

The junior event will commence on Thursday.