Once an Australian Open ballkid, the enduring John Peers is now a family man and former champion with an eye on further Grand Slam successes. 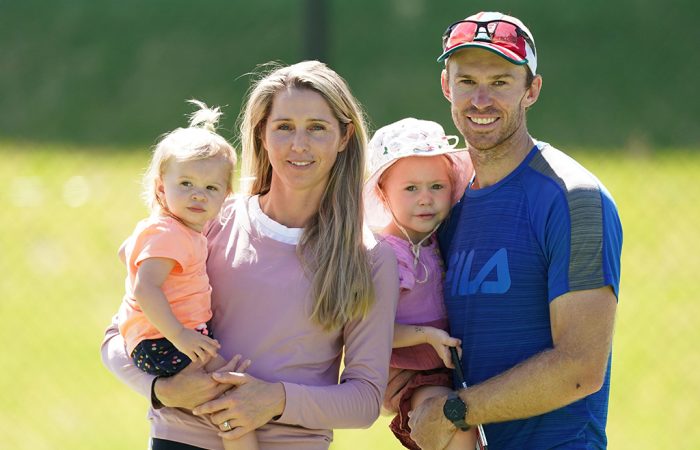 “Brutal,” smiles the 32-year-old, with a head shake implying he’s only semi-joking.

Given the many interruptions and challenges of travel amid the global pandemic, it seems a fair assessment.

Peers – who’d zipped in and out of Australia several times even before the March shutdown – contested 10 events across seven nations when professional tennis resumed in August.

“It was very challenging,” says the Perth-based Peers, who is married to professional golfer Danielle Montgomery and a father to daughters Ellie and Harper (age three and one respectively).

“Four months away without seeing your family in Australia, is probably the toughest thing about it.”

But in a career that includes the AO 2017 men’s doubles title, three other Grand Slams finals and a peak world No.2 doubles ranking, Peers inevitably sees a positive side.

“You’ve got to take one step at a time, count your blessings and just take each day as it comes,” he points out.

It was an outlook that worked superbly for the sturdy competitor, who amid all the uncertainty of the last turbulent season, claimed three double titles in a new partnership with New Zealand’s Michael Venus.

“Looking back on the year, the first year with Mikey was good,” says Peers, who lifted trophies with Venus in Dubai, Hamburg and Antwerp. He also made a fifth appearance in the elite ATP Finals.

Congratulations to Australia's @johnwpeers and New Zealand's Michael Venus on qualifying for the #ATPFinals 👏https://t.co/WqOtXD9m76

“We didn’t quite do as well as what we wanted in the big events but to start off the partnership and do that was really promising for us.”

Those “big events” are an obvious target for Peers, who contested the 2015 Wimbledon and US Open finals with Britain’s Jamie Murray.

A subsequent partnership with Henri Kontinen reaped even bigger success, Peers achieving his Grand Slam breakthrough with the Finn.

Also a runner-up with Kontinen at AO 2019, Peers is now aiming to continue progress in the AO 2021 men’s draw with Venus.  They face No.5 seeds Rajeev Ram and Joe Salisbury, defending champions at AO 2021, today.

The busy Peers also competed in mixed doubles with Belinda Woolcock, the Australians exiting in the first round.

With experience on his side, Peers is well equipped to manage both the short and long-term challenges.

“I’ve been out on tour a few years now, so hopefully I’m a bit more resilient than most and have learned what it takes to go through each year,” he comments.

That increasing longevity is a point of pride for Peers, who is contesting his 33rd Grand Slam doubles draw and a ninth at the Australian Open.

“Looking back, I scratch my head at how many years I’ve actually been on tour now. It’s been good to be able to keep going and backing up year after year,” he reflects.

“And to feel probably so fresh through this has been really promising. The more I can take care of the body and the mind and take care of everything and hopefully do the little things right, hopefully I can keep pushing and keep going.”

Pointing to players including Leander Paes, Nenad Zimonjic and the now-retired Daniel Nestor as positive examples, Peers acknowledges the increasing number of players competing into their 40s.

“I mean, Roger Federer’s getting up there as well,” he adds. “Age just becomes a number now. Its more about how you are physically and mentally to continue to push and continue to work.”

For now, at least, that motivation is strong for Peers. And that’s especially true in his birth city of Melbourne, where a young Peers first picked up a racquet as soon as he could walk and strengthened his love for tennis as a ball boy at both Davis Cup and the Australian Open.

“Any time you get to play in Australia is something really special and unique,” says Peers.

“I know we only normally get it a few weeks a year so to be able to do that is something really special and always exciting.”